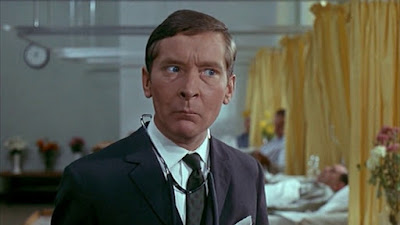 The rain continues to fall as I stand under a dripping entrance canopy to a 1970s built, block of flats. The decade was almost entirely devoid of architectural merit and the building is showing signs of wear. I need to be positive when the viewers arrive, not easy with a burgeoning maintenance bill, sinking fund with a hole the size of the Channel tunnel and a tired lease with onerous ground rent terms.

I’m five minutes early for the viewing but don’t want to go inside to the relative comfort of the dated flat. Parking here is notoriously difficult, with draconian signs threatening clamping and towing screwed to the walls at the back, beside the scant number of parking spaces. A potential buyer having their car removed while assessing the friendliness of the neighbourhood won’t hasten a sale, so I’m ready to guide the viewers to a safe spot where the absent owners are allowed to park. My car is in a slightly riskier space, but the trusty Doctor On Call badge has been dusted off again. So far, so good…

‘Who are you?’ Asks a frail voice that appears to have materialised out of nowhere. Momentarily I think a ghost has accosted me. It’s fairly well known at least two residents have fallen from the upper floors of this block - not that I’m about to broadcast it. One supposedly jumped in her dressing gown and another was rumoured to have tumbled while cleaning a set of those early tilt-and-turn windows, before they added the safety bars.

Sensing movement and the faint smell of mothballs, I turn to see an elderly lady has exited the communal door behind me. She’s looking at me with a mixture of fear and suspicion, understandable at her age. A man in a suit is either an estate agent or an undertaker, neither of whom are that welcome.

I flash her my best smile, although I’ve ducked the hygienist for the last two visits. At that the price the Bulgarian woman is like a giggly vampire - having a laugh and drawing blood.

‘I’m the estate agent.’ I tell her, flashing my business card. She scowls at me and I get the impression she might have preferred the mortician.
‘Which flat is for sale?’ She demands aggressively. Bit of a dilemma, what with client confidentiality, but it’s best not to antagonise folk in these buildings. They have memories longer than the lease has left to run. I tell her.

‘How much?’ She shouts angrily. ‘They’re giving it away.’ They’re not. The problems here are legion and I’m not sure any lender will advance on the place without an expensive lease extension from the greedy, intransigent, freeholder.

‘You lot are all just crooks in suits.’ Mutters the old bag as she wheels her tartan shopping trolly towards the entrance gate. We’re really not - not all of us anyway.

I glance at my watch and hope this isn’t going to be another no-show. The number of people who book viewing and then don’t arrive, remains constant throughout the year. In days gone by - pre-mobile phones - you’d just was until fifteen minutes after the appointed time, then go back to the office angry. Now I ring the office. Nobody answers and my mood darkens, just as the clouds do.

Where the hell is everyone? I ponder crossly. They should answer within three rings. I could be someone important wanting to give us business, not just an angsty middle-aged man who should have paid more attention at school.

Twenty minutes after the appointment time I go back to the office damp and dismal. The no-show viewer’s mobile phone is switched off.

Next time round, I’ll do my maths homework.