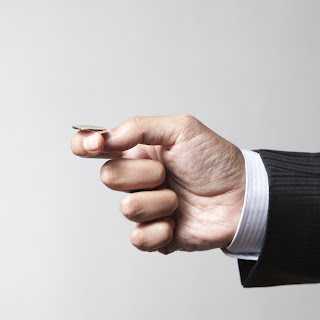 The monsoon-like rain is lashing against the office window again, as I think of that outstanding planning application for a green field new-build site, just downhill from the river. Just hope once the money has changed hands that they don’t call the development The Meadows, or Waterside Gardens, because sure as night follows day the roads are going to flood and the thought of Kevin Costner resurrecting his sunken film career by jet-skiing through a forest of soggy For Sale boards, isn’t appealing. Waterworld II - just when you thought it was safe to throw up some cheap timber-framed homes, with no effective drainage system….

‘This weather is just the pits.’ Says trainee F, gazing at the downpour. I had penciled in a leaflet drop for the limp-brained buffoon, but even I have some conscience intact. Some.

‘Was it always like this?’ Asks negotiator S, looking at me with that disarming smile.
‘What’s that meant to mean?’ I demand. ‘I didn’t crew for Noah’s Ark you know.’
S goes slightly red. ‘I just meant you’ve been around for a lot longer….’
‘Careful.’ I caution. The leaflets are still on the printer and some people would pay good money to have a top-heavy woman in a wet t-shirt, run up their drive.

‘She means you are as old as the hills and might have seen a few floods and the odd ice age.’ Says lettings lush B, with a chuckle. She’s no spring chicken. Just because she shags blokes half her age, with names nobody can spell - including the owners - doesn’t make her the fountain of youth.

‘She has a point.’ Contributes fat finance fiddler M unhelpfully. ‘You have been in the business about double the time anybody else in town has. They’ll probably stick a blue plaque on the office when you finally move out.’ The others all laugh and I glance at the stack of A4 leaflets once more. It would be churlish - but tempting. Instead the phone rings.

‘Who’d like a viewing on the grumpy bloke’s flat in half an hour?’ Asks S once she’s fielded the call. The office falls silent, just the soft hum of the computer hub for company. Assistant manager T cracks first.
‘In this weather they must be serious.’ He looks at S and she blushes again. ‘Or complete time-wasters.’ He adds suspiciously.

‘I think they are wasters.’ Says S, hesitantly. ‘Although….’
‘Although what?’ Demands T. He won’t want to get those designer-framed glasses steamed up, and the prissy over-priced raincoat he brings in each day has more absorbency than a sponge. Style over substance - pretty much sums-up T.

‘Why is everybody looking at me all of a sudden.’ Says F colouring up, though not as attractively as S.
‘Because everyone shafts the trainee.’ Says B with a smirk. Please, she can’t be doing him too? Not that I would accommodate her in a month of Sundays, but it’s bit hurtful not to be even asked.

B has a point, although a somewhat Dickensian one. When I started in the industry - in a drought as it happens, but a sales one rather than a water shortage - it was the hapless youngest, least experienced staff members, who did all the crap jobs nobody else would. Licking envelopes, franking mail, photocopying particulars and foot slogging to viewings in homes no other staff member would enter without rubber gloves and wellington boots.

I try to be a more modern manager. Try to be inclusive and even-handed.

‘Not that again ’ Says T looking at me dismissively.