It's Behind You - Thursday 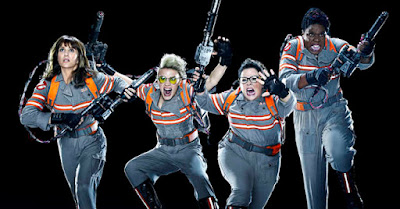 ‘You’ve got a ghost house to look at.’ Says trainee F triumphantly, as I walk through the door.
‘Is it going to disappear as soon as I turn up?’ I ask him sarcastically.
F looks hurt, but sticks and stones will break his bones and words won’t - or he’d be in intensive care by now.

I don’t need to visit and market another home with a supposedly interesting angle that I can’t quantify to a belligerent Trading Standards officer, or some prissy pen-pusher still living at home with their parents, who works in a bubble at the Advertising Standards’ Agency.

‘Well the lady who lives there says she’s seen the ghost lots of times.’ Persists F.
‘After the second bottle of wine, by any chance?’ Asks obese mortgage man M. He may be a peddler of pointless policies, but he does live in the real world. McDonald’s mostly…

‘And she wants to sell, does she?’ I press, starting to lose the will to live.
‘Yes,’ confirms F. ‘I’ve booked you a valuation this afternoon.’
‘Nobody is going to want to buy a haunted house.’ Says loose lettings lush B from her desk.
Thank you, I think fleetingly, until she adds. ‘She should rent it instead.’

‘I think it would be cool.’ Says S enthusiastically. ‘We could get loads of publicity in the local press with an angle like that.’
‘And you’d be inundated by every nut-job in the area.’ Says M, shaking his fat face. ‘Loonies and losers with a credit score lower than Greece.’
‘And they are the type that look but never buy.’ I add. ‘Any normal person isn’t going to be enthusiastic about buying a house with a resident poltergeist. Most people prefer the furniture moving to stop once the removal men have left.’

Now I love a home to market with an unusual story. Not least because you can indeed get the press, and social media, to lap up tales that might allow a sensational headline with a stock photo from Getty attached. They say any publicity is good publicity, especially if it’s free, but ghoulish stories and things that go bump in the night don’t exactly enhance your hopes of a quick sale, or a good price.

‘What was she like?’ I ask F wearily. Let me guess. Eccentric.
‘A little bit flaky.’ Confirms F.
‘Single?’
‘How did you know?’
‘With cats?’ I venture.
‘Three.’ Confirms F, looking at me as though I’m the supernatural one.
‘Flowery skirt, with greying hair too long for her age and a fleece covered in animal fur?’ I ask.
‘You know her don’t you?’ Demands F.
No. But I know the type.

Time was, I used to revel in selling homes with well-known residents from the past. I have even sold a couple with those Blue Plaques on the walls, over the years, detailing famous historical figures who once lived there. But the laws as they are preclude any spurious tales about a home’s history, unless they can be verified and quantified. It’s why estate agents’ particulars are so uniform sanitised and dull. Don’t blame me, blame the consumer lobby who assume every buyer has had a full frontal lobotomy before they were given their first credit card. Caveat Emptor is as dead as the Latin language.

‘So why does she want to sell her home,’ I ask F, after scanning the message book. ‘Surely she loves the company?’
‘Apparently the ghost spooks the cats.’ Says F, in apparent seriousness.

Now I’m starting to like this  apparition. I’d love to be able to frighten away every little spiteful fur ball that has stuck it’s claws into me over the years. They seem to know a cat-hater instantly, even before I start sneezing; and kicking some malevolent moggy while the owner isn’t looking makes a valuation even harder than it is.

‘Good luck.’ Says S cheerily as I leave later. ‘Do you think she’ll be sensible on price?’

Not a ghost of a chance.