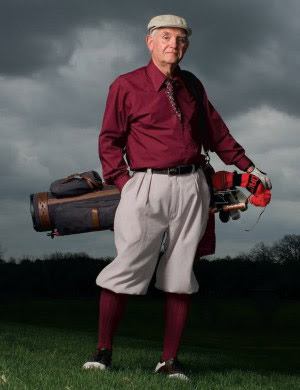 ‘Oh for crying out loud.’ Exclaims negotiator S. She doesn’t often bother the swear box, so something has got her agitated. I’ve thought of various methods, but we’ll draw a polite veil over those…

‘What is it?’ I enquire soothingly. We’re alone in the office and I’m showing what a caring and sharing manager I am by sitting in the front desk and facing the public. I know managers who hide in their office and stare forlornly at the profit and loss accounts, but I’m more of a front-line, man of the people kind of guy - plus I can’t fully understand the Excel spreadsheet. Dilapidations just make me think of elderly folk in sheltered accommodation having to sell at a loss and move on to a nursing home, at £1500 a week.

‘Mr Oates’ sale.’ Answers S glumly.
I grimace. This one has been running for nearly five months and if anyone tells you estate agents don’t work for their money you should read the file notes on this protracted sale. Destructive surveys, lapsed mortgage offers, wall-tie failures, antagonistic vendors and twitchy first time buyers at the bottom of the chain. The lawyers involved seem indifferent, or incompetent, and half the agents are numpties with no training and more grasp of a Koppaberg than the conveyancing system.

‘What is it this time?’ I ask S. My bean counter boss has been asking why we haven’t invoiced this sale, for the last two months. With, no sale no fee, you keep bending and spreading to accommodate like a loose-limbed rent boy, all in the hope you’ll get your money eventually.

‘They’re finally all ready to exchange,’ answers S. ‘And now they’re arguing about completion dates.’
This isn’t uncommon. Over protracted sales’ periods, antipathy can build up between the parties, and if it isn’t removing all the light fitting and toilet roll holders on the last day, it’s cutting off noses to spite faces and risking all that packing and prospecting for suitable schools, by intransigence over the moving date.

‘Who is the most vulnerable?’ I ask S, after she’s reminded me of the chain details and the personalities involved. It’s brutal, but if pressure needs to be exerted, I need to find the weakest link. It should be a job for the solicitors involved to sort out the completion dates, but at least two of the individuals involved will only answer to letters and as they charge by the missive and take weeks to reply, I can’t risk the wait.

‘What did he say?’ I ask S, after we’ve discussed the best person to try and persuade to be flexible and spoken to all, bar one, of the agents involved in the chain. The on-line outfit just had an answering service and in truth I’d have more chance of speaking to the mad woman, who pushes the empty pram round town, than those clowns. And people think they are saving money…

‘He said if they don’t move on his date, he’s going to pull the plug on the whole deal and put the price up £20,000, as another agent has told him he’s selling too cheaply now.’ Replies S, head in hands.

Oh, for some paltry professional standards in the much-maligned industry. There are more cowboys in this business than the whole of Texas. I’d plead for some minimum entry standards and exam qualifications. But all the time people entrust their home sale to call-centres, with a couple of chancers fronting a tacky television advert and local property experts who cross three counties with a digital camera and a sandwich box their mum packed, we are going nowhere. Fast.

‘Try the first time buyers.’ I urge S after several more heated and protracted conversations. The two diffident solicitors, as predicted, have refused to take her calls.
‘I think if I pressurise them any more they'll not only be forgetting the purchase, but the wedding too.’ Suggest S flatly.

There are enough reasons for first purchasers to balk at buying, without some surly old sod at the top of the chain digging their heals in because the proposed moving date clashes with a golfing match.

Sadly, it’s par for the course.

As a retired agent after 40 years in the business, might I venture that you add 'sympathetic'
when inviting reactions to your column. No doubt there will be many fellow agents who have been in the same boat countless times