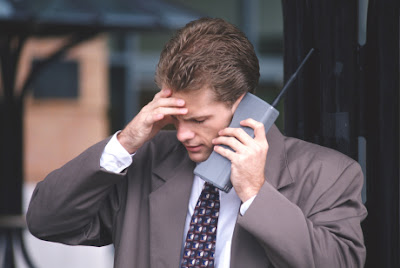 ‘Here comes the postman with the hots for you.’ Teases assistant manager T, as he peers up a rain-swept high street.
B our loose lettings lush, looks up hopefully, but of course T is referring to S, my nubile negotiator and pretty much the best thing in our window.

‘He’s just friendly.’ Counters S with a hint of a rising blush.
‘He’d like to be.’ Chuckles T, as he tracks the mailman’s progress.
‘Thought he’d be more your bag.’ Contributes fat mortgage man M, nodding towards B. I’m not sure if he meant the weak pun, financial services staff have a charisma removal as soon as they sit their exams.
‘She prefers them younger.’ Says T, to a scowl from B, a look not enhanced when he adds: ‘That way she can help them with their homework.’

That’s the problem when it goes quiet in the office. Idle hands, latent keyboards and silent phones leads to unnecessary frivolity. It’s why I always have a planned leaflet drop up my sleeve. You can’t have people enjoying themselves at work…

‘What happened to the postman’s bike?’ Asks trainee F innocently and momentarily I glance across at B. Fortunately she’s filing her nails again. I’ve told her, but if she wants to inhale powdered cuticle, that will probably surface in some study as a pre-cancerous trigger at some stage, that’s her look out.

‘Health and safety.’ Replies T with a shake of his head. ‘Some dyke in the post office human resources department probably didn’t like anyone getting their leg over.’
‘That’s sexist.’ Snaps S. ‘And a lazy generalisation of personnel people.’
She’s feisty this morning. Definitely some cobbled together claims of buyers waiting handouts, for nearby letterboxes, later.

‘What do you think?’ Asks S, looking at me earnestly.
Does she mean about the lesbians in HR, or the postman’s missing bicycle? It’s tough being in management these days. I have to keep abreast of quicksand-shifting legislation and I don’t do touchy-feely. At least not without a reprimand and another re-education course…

‘I think you shouldn’t make sweeping generalisations about people’s sexuality.’ I say rather pompously.
‘Or their mode of transport.’ Adds M with a rumbustious chortle.
‘God knows what it was like in this industry when you two started.’ Says S with a shake of her head.
I look at M and he gazes back at me.
‘You really don’t want to know.’ I eventually tell her, just as the postman arrives.

‘Morning love.’ Says the man breezily, ignoring B and making a beeline towards S’s desk.
She nods a little frostily. Not sure love is an acceptable greeting any longer, in a world where you have to be careful not to discriminate against peoples’ pet porcupines, in case they get - ahem - prickly.

‘Not much in your dangly bag today.’ Says T pointedly, as I fleetingly wonder if maybe the postie has spent time with B, after all.
‘Bit quiet at the depot.’ Replies the man, invading S’s personal space for longer than I’d like.
‘Did you need a signature or something?’ I demand.
‘No, just shooting the breeze,’ Replies the letter-lugger, with a yellowy-toothed smile.

‘That was a bit abrupt.’ Chides S after the postman has gone, looking rather crestfallen. God, you can’t win.
‘Those guys’ days are numbered anyway.’ Says M, with a hint of a belch. ‘It’ll be all email, and instant messaging before long.’
‘Or parcels in the DX.’ Adds T, referring to the private document exchange service beloved of solicitors and estate agents.

‘Change doesn’t come as fast as you think.’ I tell my team, glancing at the stack of A4 leaflets waiting to be hand delivered later.
‘That’s true,’ agrees T. ‘Or everybody would use those ridiculous on-line agents.’
The communal laugh-in rumbles around the office for longer than it should. But then if people think selling a home is just placing an digital listing, they will probably get the agent they deserve.

My phone pings with incoming messages. If it’s offspring they’ll want something costly, wife ditto, but it’s the bean counter boss bothering me with new technology.