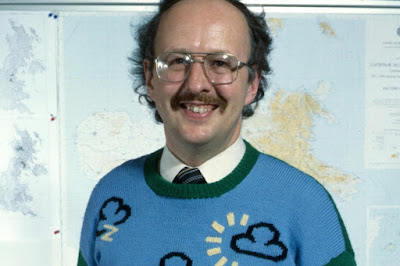 ‘So, predictions for the property market in the year to come?’ I ask, after delivering my morning meeting. There’s a group look of bemusement from my slightly overweight and overwrought team. They were probably expecting a quiet start to the new year, with just a bit of disinterested grazing on the remaining chocolates in the tin the board man gave us, but now I’ve challenged them.

And why not challenge them? I’m going to be challenged by the cranked-up office targets the bean counter boss has lumbered me with. He’s made assumptions on what prices and activity will do during the next twelve months. They might as well stick their fingers in the air too.

‘Rental market will be busy again.’ Volunteers B, our loose lettings lush. She’s filing her nails again, something I’m thinking of sending the way of eating at your desk and smoking in the office, if she continues to inflict powdered cuticle flakes in my direction.

‘You think?’ Challenges assistant manager T.
‘Yes, of course. Owner occupiers are going the way of the dinosaur with prices the way they are.’ Crows B. ‘You’ll all be under me soon.’ It’s not a pleasant image.
‘Rubbish,’ says T. ‘ It’s still cheaper to buy in the long run and renting is just dead money.’
‘That’s a cliche.’ Spits B.
Yes, but cliches are usually founded in truth.

‘What do you predict?’ I ask negotiator S.
She tilts her head alluringly.
‘Well,’ she begins. ‘If supply stays as restricted as it has been and with demand not slackening, prices will only go one way.’
‘Yes.’ Agrees fat mortgage man M, with an unpleasant grin. ‘And if you shovel those naive first time buyers my way, I can source cheap money and some tasty insurance products.’ God I yearn for simpler times, when we just acted for the vendor of a property and didn’t have conflicted loyalties.

‘What do you think will happen if interest rates climb several points?’ I ask, remembering the time when my mortgage payments were levied at 15% and I was one missed payment away from having an unpleasant man in a cheap business suit repossess my house. In retrospect, I stubbornly kept paying a crippling amount only to avoid the humiliation of a rival putting their For Sale board up at my, just vacated, home.

‘Interest rates can go up?’ Asks trainee F to muted laughter. I think he’s joking but you can never tell with him, plus he’s only ever known an environment where rates are low single figures and pensioners constantly complain about poor returns on savings.

‘You’ve seen a few property crashes.’ Says S.
‘Not that many.’ I counter sharply.
‘Yes but you know what I mean,’ persists S. ‘Do you think it will happen again?’

I’ve been expecting it for some time. I just don’t want to voice it too loudly. Historically all the markers suggest a big price correction is overdue, but maybe a once in a generation change is taking place. Maybe the old figures and multiples don’t apply in a world of cheap money, not enough new homes being built and a burgeoning population. Maybe.

‘It could.’ I venture to a sniff of distain from M. ‘But with out targets for the coming year we’d better hope it’s not in the next twelve months, or nobody will getting a bonus.’
‘It won’t.’States M firmly. ‘Too many vested interests in finance and Government. There’s more chance of on-line estate agents catching on.’

Everyone laughs. Now apart from the great solar roof panel con, I can’t think of a more over-hyped, under used development in the property market for years, than on-line estate agents. An oxymoron if ever there was one. It’s a local knowledge and expertise business , always will be. Good luck to any investors in an industry I still don’t fully understand after half a working lifetime, if they think they can make it work from a glorified call centre.

‘How’s the week looking so far?’ Asks the bean counter when he rings late in the day.
‘Promising.’ I tell him, fingers crossed.

Rates may or may not go up but they will have zero effect on prices. rates will stay very low for many years.

No, what is bringinf prices down - that you of course didn't mention - are all the BTL tax hikes AND the slowing economy, which could be a Recession even in 2016.

Prices and rents will fall 2016 and your activity will be lower than 2015.

Longer term, they can never againnslash interest rates to help...