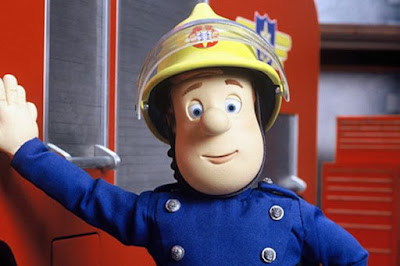 ‘What the hell has happened to the system now?’ I ask angrily, fingers thumping on the keyboard like stubby jackhammers. The screen has frozen mockingly and no amount of frenzied ctrl/alt/deleting is making a blind bit of difference.

‘There’s been a software upgrade.’ Announces negotiator S soothingly. It should be a comfort, but she sounds so bloody reasonable it only serves to increase my anger. You finally get used to an operating method and some spotty, barely-pubescent oik earning three times what you do, only in the job because he spent his first fourteen years playing Dungeons and Dragons with other friendless oddballs, moves the f***ing goalposts.

‘How come a software upgrade makes everything run slower?’ I demand testily, realising even as I spout, I’m sounding increasingly like a grumpy old man. If the cap fits - although not one of those flat plaid ones, obviously…

‘It’s Version 2.0.’ Says assistant manager T, dismissively. As if that is supposed to be of any help. He looks at me, as I stretch my arms towards the walls.
‘Well, they haven’t ironed all the glitches out yet.’ He continues by way of a faulty explanation.
‘Why don’t they just ask the bloody people who have to use the wretched thing?’ I snap back.
‘Because that’s why they’ll have a 2.1 and 2.2 I guess.’

I vividly remember the old and bitter negotiator who briefly worked alongside me when I started in the industry. He struggled to work the bulky, black and white Polaroid instant camera, believing photos on property particulars were unnecessary. I soon outsold him and he was quietly moved on. What goes around comes around.

Increasingly, I feel at odds with new technology the industry needs to embrace. Digital downloads and uploads, multiple property portals and laser tape measures I don’t trust, taunt me. Like a cantankerous elderly widow in a house too big for her, I don’t feel at home in the environment, but steadfastly refuse to move on.

‘Can we at least print out a board list?’ I ask S. The bean counter boss has been on my case again. I have to increase my penetration and need S to help me out. Not like that obviously - although it would take my mind off the percentage of owners who want to keep the fact their home is on the market, a sodding secret.

‘Who the hell is this clown?’ I ask later, as a white van man bumps up the kerb outside the office and emerges from the rear doors, clutching a long pole with a cumbersome pot on the end.
‘I think it’s the fire alarm people.’ Says S sweetly. ‘You remember they came last year and tested the smoke detectors.’

I do remember now she mentions it. I had the charge on my profit and loss account a few weeks later. Three figures for some bozo with an oversized incense burner held up to the ceiling, only to set the alarms shrilly ringing for two long minutes before anyone could figure out how to reset them. Too complicated by far. If they hadn’t banned in-office smoking I could save £145 plus VAT. by dragging lettings’ lush B from outside the kitchen door and getting her to puff Marlboro Lights towards the sensors.

‘RoSPA approved fire safety executive.’ Announces the unshaven man rather pompously. ‘I’m here to…’
‘Blow smoke up my arse?’ I interject coarsely.
S looks at me disapprovingly. It sounded funnier in my head.
‘It’s a joke.’ I say lamely.
‘Fire prevention is no joke, Sir.’ Replies the man with a frown.

‘How can he be called an executive?’ I ask, after the man has put new stickers on our unused fire extinguishers and left a faint pall of smoke clinging to the ceiling, post detector test.
‘Probably did an on-line e-learning course.’ Suggests T with a smirk.
Yes,’ I say moodily. ‘Another three-figure invoice for some confidence trickster, when all you need is a box of matches and a sense of smell.’

‘The system has frozen again.’ I say dejectedly, as my screen locks. Now I can’t respond to the bean counter’s board request.

Ebook links on the right. Download in all formats via Amazon free app.
Posted by secret agent at 5:34 AM