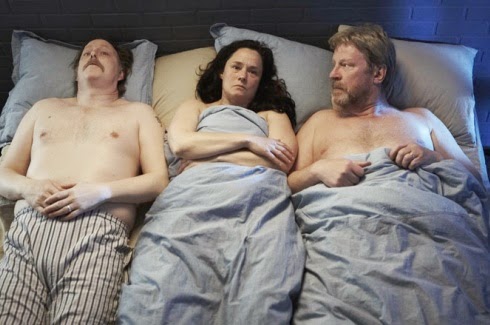 ‘Can you squeeze in another valuation before lunch.’ Says negotiator S even before I’ve closed the office door.
‘Really?’ I reply, glancing at the wall clock and looking longingly towards the kitchen where there was just under half a packet of Malted Milk biscuits when I left.
‘She has to see you today.’ Continues S as I see tubby mortgage man M emerging, with a mug of something steaming and a fist full of curiously moorish baked product.

Now it’s a long time since any woman really had to see me at such short notice. But as M has finished all the Malted Milk, and has just as clearly only made himself a drink, it seems I’d be better off pitching for some business than pitching in head first against the morbidly obese finance-fiddler. I’ll sort him later.

‘Give me the details.’ I say to S curtly.
She reals off the  basic information. Address, property type, number of bedrooms, name and contact methods.
‘And reason for wishing to move?’ I say, wanting the most important piece of the puzzle.
‘They’ve outgrown their existing house.’
‘Partner?’ I probe. Hoping to know if I can get both parties together, then find out which one is the decision maker.
‘He’s at his office.’ S shrugs a semi-apology,. ‘I know, but she’s said it was the only time she was available and she’s off work today.’

I nod, look at the clock again, then accede. You can’t afford to turn down chances for business in any market place and valuations are the sharp end of property sales, no mater how many internet start-ups, or badly briefed journalists, tell you different. Without the homes to offer, an estate agent is dead in the water.

‘I don’t suppose she told you why it had to be today?’ I ask S, as I cross-check my brief case for sole agency forms, digital camera, calculator and laser-measure.
She hesitates.
‘What?’ I demand. I could do body language as a degree course after all this time.
‘You’re not going to like it.’ Ventures S timidly.
‘She’s off work sick, isn’t she?’ I state rhetorically.
S nods. Terrific.

I’ve picked up most minor airborne ailments known to man since I began valuing people’s homes. It’s why my desk drawer looks like a Heathrow airside, mini-version of Boots the chemist. I even had one of their loyalty cards for a while and come to think of it there’s a UK to USA plug adaptor in there too.

‘Just don’t get too close to her.’ Says S with a chuckle.
I get colds and throat infections much more regularly than offers of casual sex. Although there was that one time when the divorcee wanted to negotiate a fee reduction - I didn’t really fancy him though…

‘I won’t, don’t worry.’ I tell her, going back to my office and taking two big snorts from the exorbitantly priced - but clinically proven - First Defence bottle. Immediately my eyes water and I start sneezing. God knows if it really helps, you immediately get most of the symptoms of a streaming cold so it’s hard to tell.

‘Don’t stay too long.’ Suggests trainee F unhelpfully.
‘And perhaps refuse to shake her hand too?’ I counter sarcastically.
‘That’s a good call.’ Answers F.
I sometimes yearn for the days when you could sack someone without months of negotiations with Human Resources.

The chances are it won’t be an easy sale. Experience tells me I’m just being called out at the owners’ convenience. Moving home isn’t a snap decision, at least not a successful move. I’m probably just going to be used at a time when someone is at home with a box of tissues and a DVD.