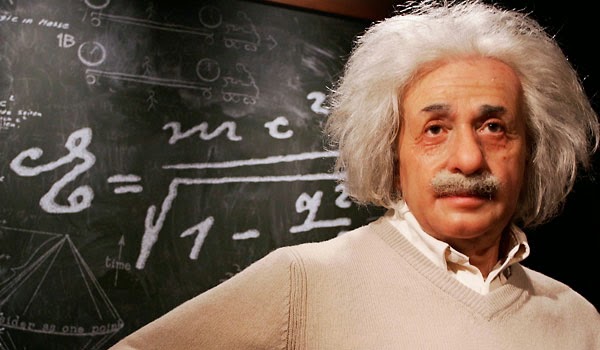 ‘F**k it.’
‘Not a chance.’ Mumbles a sleepy voice.
‘Not literally.’ I tell my wife, before adding. ‘Are you awake then?’ Which on sleepy reflection wasn’t the smartest response.

‘I am now.’ She replies sourly.
‘What time is it?’ I ask wearily. I have a good idea, as I’ve woken at the same time three night’s running.
‘It’s nearly half-past two and you have your own watch.’ Comes the testy reply. ‘Now go back to sleep.’
Not a hope in hell, I think, as I sigh and clamber out of bed to the sort of feminine groan that used to signal slightly more success than waking your partner, before making a solitary cup of tea.

If I wanted to be picky, I think drowsily as I stumble down the stairs, I’d have pointed out to my wife that her time check was a tad inaccurate. The moment I woke up, praying it was after 6.30am, was 2.22am precisely. Like one of those endless Paranormal Activity movies I’ve been pinging awake at exactly the same time for several days now, but the only levitation around tends to involve lifting inappropriate nighttime snacks from the fridge. Needless to say the suggestion of a fixed camera in the bedroom received a frosty response.

Despite loony ladies’ claims to have ghosts residing in their home - still not a great sale clincher - the only poltergeist I have found is the malicious one in my head. A spectre that has me fretting over sales figures and management accounts at sparrow-fart o’clock. Paradoxically, the more you crave sleep the more elusive it becomes, no matter how dog tired you are.

Tossing and turning doesn’t work for me - particularly the tossing as my wife is a light sleeper - so I inevitably end up sloping downstairs for a piss and a cup of tea. Sadly the bladder seems to be weakening along with the mind.

At first, with the thrill of smoking a brand new car and visiting luxury homes I could aspire to if I hit my targets year-on-year, the thrill of house sales kept me running on adrenalin. No matter how hard I worked, I slept like a log. But slowly, insidiously, like water eroding a rock, the pressure of ever increasing targets and ever increasing responsibility began to take its toll. Now I wake up head spinning like an elderly hard drive. I have a feeling I’ve reached capacity.

‘Open you bastard.’ I mutter, as the ancient PC spins and splutters to life, while my cup of tea cools alongside me. The house is silent as a grave now my two sons have left for university and unless my wife starts snoring it’s going to remain that way - other than the tip-tap of a keyboard - until the radio alarm goes off.

Dilemma. Do I look at my office sales figures and the management accounts, the reason I was cattle-prodded awake at 2.22am, or do I write a blog entry and Tweet a few times to fellow insomnia sufferers? I might even have an anonymous exchange with my fellow realtors around the world. Intriguing, but not likely to pay the mortgage. I open the management accounts - eventually.

I’ve always had the gift of the gab, it’s the reason good sales people are often born performers, but mathematics has remained a foreign language to me. If the calculator hadn’t been invented I’m sure I’d be stacking shelves in a supermarket store somewhere, with the prospect of ending up like one of those grey-haired old men collecting snaking lines of trollies in the car park, when they should be lunchtime drinking and reminiscing.

Whatever the numerical equivalent of dyslexia is, I think I have it. My bean counter boss is a figure-fiddler par-excellence but couldn’t flog a life-raft to a drowning man. They say the meek shall inherit the earth, well they’ll be dull, with halitosis and an accountancy qualification.

My mind rapidly becomes snow-blinded by the blizzard of figures. My ailing computer spews out columns and lines but I’m running a drowsy Windows 2000 in my head.

It just doesn’t add up.

The sum of all my property wisdom available on the ebook downloads. Links on the right.
Posted by secret agent at 8:01 PM