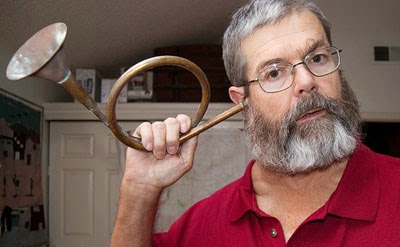 ‘That’s marvellous,’ I say gushingly, using an adjective I tend to reserve for those over pensionable age. ‘I just need to do the tedious bit now.’ I continue. ‘The paperwork.’

‘What’s he saying?’ Questions the elderly husband who is slumped in a worn armchair staring at me with those rheumy eyes that indicate a light slowly dwindling. The wife. a grey haired, slight but formidable lady, turns towards her ancient husband, ex Royal Navy, and ups the decibels several notches.
‘He needs to put everything in writing.’ She hollers, as the old boy fiddles with his hearing aid again.

I’m in a dated but well-proportioned 1930s built semi-detached house on the outskirts of the original town. The sort of strip development that filled fields pre-war as the population recovered after the Great War, before being decimated again by Mr Hitler and his henchmen. Doubtless, as now, people grumbled about new housing being built in their back yard. nothing much changes - other than the asking prices.

We’ve agreed the asking price for this home moments earlier, it’s bullish but reflects the market and the potential the house offers. It’s rife for modernisation and boasts the sort of garden no current day developer would leave behind. Maximise price, minimise square footage being the accountant-driven mantra of today’s builders.

I engage in neutral chit-chat while I try to complete as much of the paperwork as I can while the old man’s hearing aid whistles and chatters in the manner of a land line when it picks up an incoming mobile phone signal.

Price and vendors’ full names and the address completed I re-iterate, hesitantly, the agreed fee.
‘Oh don’t give me percentages dear,’ says the wife briskly. ‘How much in pounds and pennies?’ Shit. No agent ever likes to articulate the exact amount. Reluctantly I tell her.

‘Ooh, that’s not much less than we paid for the house.’ Says the woman wincing. ‘And I’m afraid it’s plus VAT.’ I say trying not to visibly cringe.
‘How much more is that?” Quizzes the woman, turning frostier by the moment.
‘Twenty percent.’I whisper
‘In English.’ Demands the wife. I tell her.
‘Stone the crows.’ She gasps. It’s an option…

‘I can’t hear what the lad is saying.’ Grumbles the old fella at ornament-rattling volume.
‘He says it’s going to be bloody expensive Arthur.’ Replies his wife loudly. No point reminding them it is No Sale No Fee at this juncture, or that those who move subsidise all the time-wasters who don’t.

‘Now I just need some proof of identity and address.’ I say flatly. Seems the Government has contracted out of just about every state function to the lowest, and often, least effective bidder. Or in my case a dupe who is made to provide the function for free. Estate agents are now quasi Border Control and Income Tax administrators as I need to ensure these ancient crumblies haven’t just crawled out from under the Lidl delivery lorry, or are masterminding an illicit drugs cartel from their tumbledown greenhouse.

‘What’s he saying?’ Bellows the old man in frustration as his hearing aid whistles like an asthmatic kettle. If I articulate any louder the next door neighbour will be able to join in.
‘He needs our passports and a utility bill.’ Soothes his wife.
‘Eh? What the devil for?’
‘What for love?’ Quizzes the wife with a wry smile.
‘Border Control and Money Laundering.’ I tell her apologetically. She repeats the phrase at what I imagine is the mythical number eleven on an amplifier.

The old boy looks at me with distain.
‘Eh?’ He snarls angrily. ‘He wants the border and my lawn doing? Tell him we have a gardner Liz,  and if they don’t like us as we are they can lump us.’
Slight confusion over, unpaid civil servant role reluctantly carried out, I get towards the finishing line, feeling as lost and worn out as the ancient mariner.

‘We don’t want a For Sale board do we Arthur?’ Shouts the wife. The bean counter boss has been riding me weekly - not a pleasant picture - over my board rate penetration. My plea falls on deaf ears.

Support the ageing estate agents charity by downloading the ebooks. All formats supported. Links on right. Cheap as chips....
Posted by secret agent at 8:37 PM