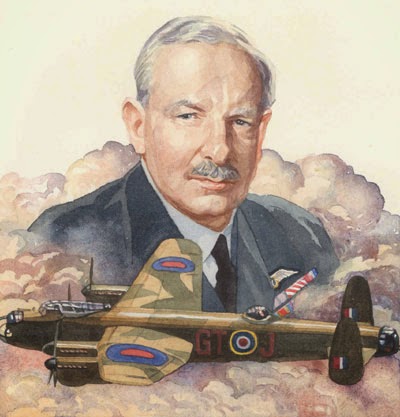 ‘Bad news boss.’ Announces trainee F before I’ve even crossed the office threshold. In the property game - where one in three sales is destined to fall-through no matter what the market does - you get used to a greeting like this.

‘You really need to narrow it down a bit.’ I tell F familiarly, as I walk to the message book.
’It’s not in there yet.’ Says F hurriedly. I turn towards him. Now in sales you train yourself to mask emotions with a neutral smile and demeanour, but F isn’t buying anything from me - other than a one-way ticket to the job centre - so I’ve clearly failed this time.

‘It only just happened.’ Says F pointing at his phone as if that inanimate object is likely to plead his case. I glance at negotiator S. The conflict flashes across her face almost imperceptibly, but I see it, with S it’s hard not to keep looking. S shakes her head from side to side and does that balancing thing with her hands - it’s not quite so successful where her tits are concerned, but I digress.

‘So just tell me.’ I instruct F, tearing my gaze away from S. I don’t want to seem creepy or I’ll end up on another awareness course blue skying asinine ideas onto yellow post-it notes and pretending I care.

‘Number 12.’ Begins F and my stomach lurches even before the reveal. There’s half a month’s worth of commission riding on this sale, tell me it’s recoverable. ‘Bomber is doing the mortgage valuation.’ Continues F with an apologetic shrug. The expletive is still pinging off the filing cabinets even as I place a pound coin in the office swear box and grind my teeth expensively.

Every town has one. Some several. Surveyors who routinely lop about ten percent off the agreed sale price just to cover their bony arses. It doesn’t seem to change much, no matter what the market is doing. Rising, falling - according to the papers it’s never stable - these little weasels in sports jackets and grubby coloured trousers conspire to wreck weeks of marketing, days of fractious negotiating and hours of assiduous finance placing. And we have to pretend we like them.

I know I’m not alone in this, my twitter feed confirms they are all over the UK. Their modus operandi doesn’t vary much. They just ask the sale price, request some comparable evidence of similar sales - then take off a number they’ve already thought of. Our particular bette noir just happens to bear the nickname “Bomber” but I’ve heard of: Dr Death, The Wrecker, Demolition Man and Poison Pete to name but a few. Same pimp, just different coloured trousers.

There was a time, when I first started in house sales that I aspired to becoming a Chartered Surveyor. Back then, all the senior partners were qualified with RICS after their name. In fact it used to be the only way you’d be invited to become an equity partner before the banks and insurance companies moved in and bought estate agency firms in a frenzy of overpaying. Some of the ex-partners are still sunning themselves and playing golf even now. I was born too late - plus I didn’t fancy several years of studying…

Now the surveyors we see are just as haunted as the house sales people. Targeted and monitored to within an inch of their next nervous breakdown. Spending your days rushing from dusty loft space to dusty loft space then dictating your survey, or more often now, downloading the pre-populated report on your tablet computer, while sitting in a mid-range Vauxhall with pastry crumbs in your lap I can do without. We tend to run Fords…

‘Hello all.’ Says Bomber when he arrives for the keys. I can almost taste the hatred, he has the skin of a rhinoceros.
‘Any comparable sales?’ Asks Bomber as I hand him No 12’s keys and a set of our sales particulars.
‘We had a lot of people wanting this one.’ I urge. ‘It’s worth every penny.’
‘We’ll see.’ responds Bomber as he leaves.

‘Stick the For Sale board back up boss?’ Asks F before the door has closed.