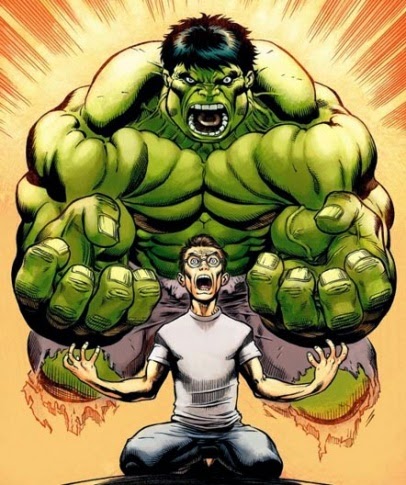 ‘Ugh, I feel like I need a wash after that place.’ Says the pretty young woman as she clambers into the back seat of my company car. A wicked inner voice tempts me to drive off now and leave the lummox of a boyfriend at the kerbside, but I keep the engine ticking over while the musclebound hunk with the tattooed arms squeezes in behind me. How is it the most beautiful women always seem to be on the arm of a neanderthal thug? It’s not as if he’s a professional footballer - or they wouldn’t be looking in this price range.

‘I wouldn’t keep me dog in that place.’ Pronounces the protein shake junkie, as I feel his knees knocking against the back of my driver’s seat. There’s another notch back on the runners and I’m wondering if I can shift the seat back to the end of its travel without him noticing.

‘I hope the other two we’re looking at are better than that flat.’ Says the girlfriend disconsolately. They are, I’ve shown them the grottiest unit first, by the time they get to the last, and priciest, flat they should be less likely to carp on cost or carpets. I won’t let this pair out of the car until I’ve exhausted every possibility of a sale, plus all the time they’re with me they can’t be with an opposition agent.

‘So what is the market really doing?’ Quizzes the female as her less verbose half grunts and swipes at his smartphone which I’m guessing is a lot brighter than he is.
If I knew the answer to that one I’d have a buy-to-let portfolio and an exit plan, I think glumly. Hindsight is a wonderful thing but I’ve missed more boats than a seasick asylum seeker.

I give the two of them a generic, fat-free, answer about interest rates, affordability, supply, demand and confidence. It can be tailored to suit buyers or sellers and altered for a rising or falling market. Tell people something with enough conviction and they’ll believe anything , and to date I’ve had no convictions…

‘That one wasn’t much better.’ Says the woman as we head back across town to the flat I wanted to show them all along. The Hulk is on his phone again muttering in some sub-English shorthand about what appears  to be a night out with the boys. With a beautiful girlfriend like his, he’d be better advised to stay at home. At least if I flog them something I might get the re-sale when they split up.

‘The next one you’ll love.’ I tell them catching her eye in the rear view mirror and seeing a look of mistrust she’d be better off delivering to Conan The Barbarian beside her.
‘I hope so,’ she replies. ‘I’m beginning to think we’ll never catch up with the market.’ Isaac Newton knew what goes up must come down, but I’m not about to tell her that and it looks like her partner has already been hit on the head with something much heavier than an apple.

I sense a deal with this pair and I’m not letting them go. I’ve already established the young woman’s parents are contributing the cash deposit to unlock more attractive loan rates, and allow them to grab the bottom rung of a retractable ladder. I read somewhere that two-thirds of first time buyers now get financial help for the deposit from their parents. The bank of mum and dad as it’s now known. All the benefits of an inheritance without the family squabbles and funeral arrangements.

‘I’m not sure,’ says the woman after the tour of my target flat. ‘What do you think Luke?’ Tough question, I’m not sure Luke has developed much further than a single cell organism. ‘Dunno.’ He mutters. It’s the best they’ll get with their spending power. I need to close the deal.

‘If we saved for another six months, what could we get for, maybe, another £10,000?’ Asks the woman.
‘This flat, only with a higher asking price.’  I tell her bluntly.

Two thirds of first time buyers get financial help from their parents?

If by that, you mean an extra tenner tucked in a christmas card then I might buy it.

If you mean thirty grand for the average deposit then you're having a laugh.

That's not what he said though, is it?

"If you mean/If by that you mean.." is usually the start of some hyperbolic bullshit!