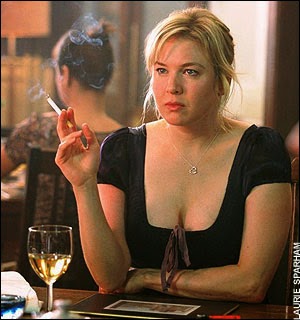 ‘F***ing tenants!’ Screeches loose lettings lush B fiercely, as she bangs the phone handset into its cradle with plastic-shattering velocity.
I leap from my chair, rush to my door - always open - and hastily scan the office. Fortunately there are no members of the public to be seen, just a startled selection of fellow staff members.
‘What?' Challenges B angrily, seeing my face.

I don’t need another argument. I can have those with other agents touting my register, lawyers who don’t answer the phone and charge by the letter instead, surveyors frightened of their own shadow who still down value sales despite overwhelming evidence that the price is right. I could go on….

‘Expletives in the office.’ I say nodding towards the swear box, that to be fair I’m no stranger to when a sale falls through. But if captain’s of industry, politicians and ex-television presenters from the 1970s can all get away with saying one thing and doing another, I can afford some minor dual standards.

‘What is it?’ Asks negotiator B, in a show of feminine solidarity.
‘They all seem to think it’s my fault personally that the weather is shit and their ceiling is leaking.’ Rails B. Shit is at best a 50 pence offence , so I let that one go.
‘And they expect someone to be at their door with a mop and some roofing felt before they’ve finished insulting me down the phone.’
‘That’s a bit unreasonable.’ Soothes S.
‘It is when it isn’t their bloody door anyway.’ Counters B
Bloody still count, I wonder?

‘You know which tenants are the worst?’  Snarls B.
Please don’t say anything racist or homophobic, I think nervously, then I will have to report her and the paperwork will be endless.
‘Who?’ Asks trainee F earnestly. I cringe.
‘The lazy sods on housing benefits.’ Snaps B. The prejudice rings around the office as awkwardly as her earlier F-word, pinging off the filing cabinets like a submarine echo-sounder.

‘That’s a hell of a sweeping statement.’ I manage to say admonishingly. S nods in agreement with me, as do her over-sized breasts. F just looks bemused, unless it’s the distraction S has just unleashed.

‘You don’t have to deal with the wasters.’ Answers B abruptly.
‘I though you advised your landlords not to take housing benefit tenants.’ Says S neutrally.
‘I do, but some of them don’t listen.’ Replies B with a sneer, adding. ‘And a few bleeding heart liberals who ended up accidental landlords seem to think they’re salving their conscience by letting a young mother with three children by three different fathers get free housing.’
Ouch. Prejudice no doubt. I’m just unsure which piece of legislation I need to look up, several probably…

True, when the authorities paid rent directly to landlords, or their agents, there were less cases of arrears, now the tenants get the money first it can end up being spent on drugs and alcohol - or nappies and basic foodstuffs. You pay your money and they take their choice. But equally, there but for the grace of whichever deity you subscribe to, goes you and me…

‘They’re not all on the take.’ Announces S curtly, the sisterly solidarity was pretty transient.
S is right, way back when the celebrities were taking liberties with young women, I was taking tickets for free school lunches. The walk of shame to the dinner ladies’ serving hatch still haunts me now.

‘You don’t have to deal with them in sales.’ Snaps B. She has half a point, we get a different class of waster - but they can be just as corrosive.
‘I just think you should treat everyone the same.’ Replies S doggedly.
‘They all want spoon-feeding,’ responds B. ‘Don’t seem to understand builders are busy and that I can’t stop the rain. I’m damned if I’m giving everyone a free ride.’

The silence lasts long enough to become awkward. From what we’ve heard she often does give free rides and I can see I’m not the only one thinking it. Although on reflection, it probably takes a couple of gin and tonics. Not sure which legislation that comes under….