No Tea Or Kindness - Tuesday 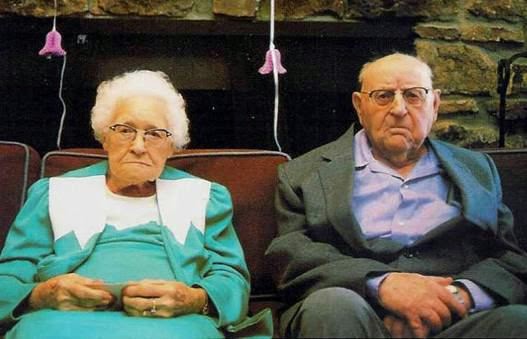 ‘We’re not giving it away.’ Echo the retired couple in unison. This pair have been together so long they even state the obvious in stereo. They’ve probably even defecate in tandem - thank goodness there’s a bathroom plus a downstairs cloakroom. Some things just have to be done in private.

I’m sat in their run-down living room, a space they insisted I describe as a drawing room on the sales particulars. I was sorely tempted to call it a lounge at the time but I’ve swallowed more pride than a Preston prostitute, so it became a dated term for a reception room - in a dated house.

The couple have been on the market for over a year and I must have spent hundreds of pounds on marketing their home. It’s a substantial 1930s family home on a quarter acre plot, in a sought after location. Well drawn covenants mean demolishing the house and erecting close-density units for maximum profit, remains unlikely - at least for now. I took the initial instruction to sell at a price that was bullish to the point of sporting horns, but the market has moved towards the intractable pair and now I have a good offer at a good price. Only this dilapidated duo are seemingly not for moving.

‘We know what you lot are like.’ Snipes the grey-haired wife as I try to tear my gaze away from her face, which has several antennae-like wiry hairs sprouting from the chin that could probably receive a deep-space message from Voyager 2.
‘Yes,’ agrees her husband shuffling his dentures back and forth with a nauseating clicking sound. ‘You just want your commission.’

No shit Sherlock, I think sourly. On a no-sale, no-fee basis, I’ve earned precisely nothing from the couple so far and the only cost they’ve incurred is the increasingly marginalised Energy Performance Certificate (EPC) and they’ve yet to cough for that. If they take the property off the market, something I’m half expecting now I’ve confronted them with the reality of moving, I’ll end up with that worthless piece of paper and a bad debt.

Agents Note: Dear posturing politicians, the general public have about as much interest in a rough and ready guesstimate of how energy efficient their future purchase might be as a eunuch does in Kitemarked condoms. If the home they fall in love with is 150 years old and has the insulation qualities of a colander they couldn’t give a toss which energy band it falls in, or how many polar bears slide off melting icebergs while they wait for a mortgage offer to come through. They just want the keys.

‘You see nothing on the market is a nice as ours.’ Continues the woman, staring wistfully at the faded family photographs on the dusty mantelpiece. That’s bollocks, but pointing it out isn’t going to make my negotiations any easier.

‘What we’d really like to do,’ begins her husband as I think, don’t say it, please don’t say it dementia denture man. But it spills forth as readily as his last two meals have, judging by the state of his jumper. ‘Pick ours up and put it somewhere else.’

‘Somewhere closer to town and the doctor’s surgery.’ Says his wife, warming to the theme.
‘On a bus route.’ Contributes her husband. ‘We’re not getting any younger.’
Neither am I matey, and you haven’t even offered me a cup of tea, let alone a biscuit - or any other any crumbs of comfort.

‘If we take it off the market, we won’t have to pay anything will we?’ Asks the wife, after fifteen fruitless - and beverage-free - minutes. One of them will have to come out feet-first before I get the survivor to sell. I remind then off the EPC and it’s cost.

‘You kept that little bombshell quiet.’ Grumbles the husband. I didn’t, it’s in writing in the terms and conditions contract.
‘It never used to be.’ Gripes the wife. No lady, not for the other four times you’ve been on and off the market without selling.

‘I am a pensioner you know.’ Complains the wife, as I leave empty-handed.

And so will I be before they move.

If you want to know about moving download the ebook all formats supported via Amazon:

Ah the old we are not giving it away line.

Need to add in there, young people want everything yesterday, we had to work hard to buy this house, at least 1 x single salary on a 10 year mortgage. Aren't we clever that it is nearing a million pounds now, weren't we clever etc...we saw it coming you know......