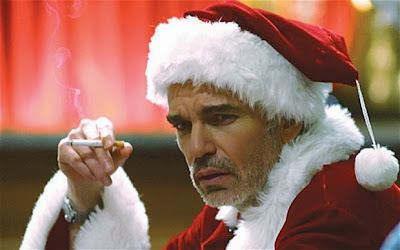 ‘Three more Christmas cards this morning.’ Chirps negotiator S excitedly. It’s nice to see her perky, but really, is there anything more devoid of genuine sentiment – outside of a political promise – than a corporate Christmas card?

‘Where would you like me to put them?’ Continues S in a question that prompts a swift ill-thought reply and could easily end up in lengthy disciplinary procedures and a sexual harassment case.

‘Anywhere but the front window.’ I eventually tell her, trudging to the office diary and seeing more open space than the Russian steppes - It’s a wonder they all come here to pay over the odds, with all that room for affordable housing.

‘Not much on.’ Says assistant manager T unnecessarily as I look at the barren page. Get too close to Christmas the viewings dry up and traditionally the valuations wait until after a fractious holiday period, when there’ll be an influx of matrimonial sales.

‘On top of the filing cabinets?’ Asks S. Momentarily I’m thrown, perhaps Christmas really has come early – but I realise she’s referring to the cheap oblongs of festive cardboard greetings she’s still wanting to display. Unless you can afford to snort Class A drugs to get you through the day, there are only so many snowy scenes you can tolerate.

‘Just somewhere where they won’t blow off all the time.’ I say tersely.
‘Nowhere near M’s office then.’ Replies T, to a tinkling of laughter. The fat mortgage man is nowhere to be seen. Since the latest round of mis-selling revelations he’s been keeping an unlikely low profile. Funny how our top financial services consultants used to win better basic salaries, flashier cars and overseas holidays for flogging endowment policies and payment protection and now their fact-find files are being retrospectively double-checked….

‘Alwight?’ Challenges an uncultured voice and I look up to see the sullen-faced hoody-wearing paperboy is in the office, proffering the local rag to loose lettings lush B.
B eyes him with distain. He’s in trousers, but the crutch is hanging round his knees, so even though it would take less effort for her to remove them, even she isn’t interested.

Usually the surly lad barely opens the door, before tossing the paper onto the floor. From this quasi-mute, the gruff greeting is almost The Gettysburg Address. He wants something.

‘And there’s a card and everythink.’ Sniffs the Neanderthal, wiping his sleeve across his face endearingly before tossing a cheap-looking envelope on the desk in front of B. I usually don’t mind an awkward silence, it’s powerful sales tool, but this one almost stretches to the New Year. B eventually mutters an unconvincing thank-you.

‘I’m back in tomorrow and right up ‘til Christmas Eve.’ Mumbles the lad as he leaves.
‘What was that all about?’ Asks S naively.
‘He wants a Christmas tip.’ Answers B disparagingly, as she tears open the envelope to reveal the cheapest card known to Christendom and tosses it to one side.

‘I could give him a tip.’ Says T, before suggesting something that would definitely not help my fragile back.
‘Little spunk bubble hasn’t said a word for eleven months.’ Snarls B unpleasantly. ‘Now he wants handouts.’

The deluded lad is too young to know much about the housing market and clearly doesn’t know our reputation. The average age of a first-time buyer might be pushing forty but he’ll be settled in his new home before he gets easy money from this firm of estate agents, particularly since the bean counter halved the petty cash float.

‘Hi everybody.’ Announces a chirpier voice and I look up to see the board man standing on the mat holding a tin of Quality Street. They’re not the most appropriate confectionery given our housing stock, but gift horses and hungry mouths….

‘That was nice.’ Says S, as M re-appears from nowhere and tears the seal from the tin.
‘And a card too.’ Continues S, holding up a picture of a Robin. Quite appropriate, seeing as I’m half-convinced the board man goes out nights pulling for sale signs down whenever his business is a bit slow.

Signed five more cards to be franked by last post - and was given three toffee fingers.