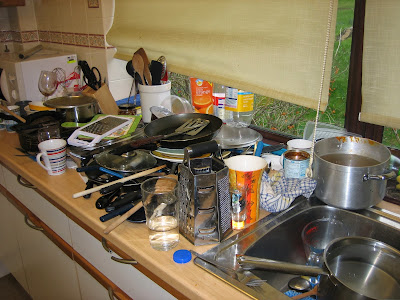 I pull up outside an identikit  ‘executive’ detached house on the sort of soulless estate you’ll find anywhere in Britain, the only difference being prices each area can sustain. You have to laugh, because the architects who design these developments invariably live in a Grade Two listen ex-vicarage somewhere semi-rural, with at least half an acre of garden.

I notice the house I’m visiting is the only one without Christmas lights twinkling in the window, or draped across the bargeboards like LED stalactites. At least I won’t be tripping over a tacky Santa Please Stop Here sign when I walk up the meagre front garden. The bloke I’m seeing is in the middle of a matrimonial dispute, the wife and kids have gone and he’s left with four bedrooms and a mortgage he can’t sustain.

I ring the bell, already feeling gloomy. Separations are poisonous at the best of time and I’m not about to make this guy’s Christmas by telling him he won’t have enough equity left to buy an airing cupboard, once everyone else has had their cut. When families split up at Christmas you never forget it – even after nearly forty years…

Three more rings and I’m about to give up and push a business card through the door, then a light comes on in the hall and I hear ponderous footsteps. At least he’s still alive, that poor girl who found a dead vendor on a viewing a few years back never got over it, plus the beneficiaries instructed another firm to sell the flat. A dead loss.

‘Sorry the place is a bit of a mess.’ Says the man as I follow him into the kitchen, surfaces strewn with the remains of several nights’ takeaway meals. He’s sporting an embryonic beard and dressed in jeans and a stained t-shirt. After half a lifetime of shaving everyday I long to sport designer stubble, but by the time I’ve paid off my own mortgage I’ll be producing the sort of beard only acceptable in a Father Christmas grotto.

‘Fancy a beer?’ Asks the soon to be ex-owner. He has several spent cans alongside the smeared tin foil containers and by the look of his red eyes is either half-pissed or has been crying. I decline. I never drink at work, I’m driven to drink but not until the closed sign is in the window.

A quick tour of the echoing house, kids’ rooms stripped of stuffed toys and Play Stations, we’re back on the stools, sat at the grubby worktop. Too dark to look at the garden and not much need, the plots here are parsimonious. I can see the house behind through the fast-growing Leylandi and I know which way we’re facing from experience.

‘You married?’ Asks the man as I prepare to hit him with the price. It’s better than it might have been twelve months ago, but it still isn’t what he’ll want to hear. I answer in the affirmative.

‘Too bad.’ He continues. ‘I was going to warn you off.’ Then with a wry smile he tells me the old adage about a woman being like a hurricane. They spin you round, f**k you up and when they leave, take half your house with them. I’ve heard it before, of course, but if you want someone’s business you’ll laugh at their jokes, coo at their children, pat their dogs and even…. actually in this case I don’t need to screw his wife, someone else is already doing that.

‘You having a laugh?’ Challenges the man, almost spitting out his lager, when I tell him what he’d need to ask for a reasonably quick sale. And again I curse a certain tabloid newspaper that runs House Price Rise stories almost daily. You don’t get much variety as a journalist with that outfit.

‘Well I’m just going to have to stay put.’ Concludes the man with a hint of satisfaction as we part. I want to keep him sweet – although he doesn’t know I’m back here tomorrow to meet his wife.

After all it’s the season of goodwill to all men – and women if they’re the decision maker.

Have a peaceful Christmas and thanks for reading.