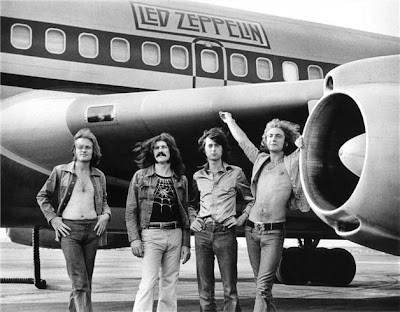 ‘I just don’t get bungalows,’ says idiot trainee F as I swing the car into a 1960’s built low-rise development. ‘They seem like a waste of space.’
That’s pretty much what I said about him at my last one-to-one with the bean counter boss.

‘It depends on your age profile.’ I tell F, as I glance down at my precariously balanced clipboard for the address and nearly mount the pavement. An elderly lady with one of those pull along shopping trolleys looks up alarmed. I give her a cheery wave. You never know, I could be valuing her home soon when she can no longer make the bus stop. Failing that I can tell the beneficiaries we were on nodding terms.

‘What do you mean?’ Asks F, a question he must form several dozen times a day.
‘I mean as you age, your property requirements change.’ I tell him spotting the number I’m looking for and sweeping across to park outside.
‘I want a house with a big garden.’ Says F with more certainty than he shows when I ask him how many applicant calls he’s made that day?
‘I wouldn’t want nothing upstairs.’ Continues F. I stifle an ill-mannered laugh. Not even I’m going to convert that particular open goal.

‘Sleeping downstairs would just be weird.’ Rambles F, as we clamber out of the car and head towards a rusty wrought iron gate and I refuse another tap-in. A weed-strewn crazy paving path leads towards a quarry-tiled porch and a wide expanse of obscured glass either side of a plain front door, with weathered paintwork. These are the signs confidence tricksters look for when casing homes for vulnerable inhabitants. Luckily I just want 2.0% plus VAT and a sole agency.

‘What do we know about the owner?’ I ask F, handing him the valuation form and straightening my tie. He glances at the information and hesitates. Hitting him round the head, hammer to starter motor style, is no longer an option since we opened a Human Resources department.
‘Well?’ I prompt testily.
‘Her name and address,’ begins F, before adding, ‘Obviously.’ I detect the hint of a flinch even before I snatch the form back.

‘She’s a widow, she’s been here since 1979, she doesn’t have any outstanding loans, her daughter lives fifty miles away and she came out of hospital last month.’ I rattle off machine-gun like. My buxom negotiator S took the enquiry and she’s good at extracting information. I like to think I’ve taught her a thing or two.

F smiles vacantly.
I sigh and once again wonder why I bother trying to educate an imbecile if a decade’s worth of professionally trained teachers couldn’t manage.
‘She needs to move, for health reasons, she will probably go out of area to be nearer her family and by the look of the garden will be contemplating something easier to maintain. Sheltered housing probably.’
‘Wow.’ Announces F, as if I’m some sort of dopey man’s David Blaine.
‘She’s motivated.’ I tell F, in conclusion. And I ring the bell.
‘I don’t really want to move my loves.’ Coos the old girl, fifty mind-numbingly dull minutes later, as she pours milk into the cups on the pre-prepared tea tray. I’m wasting my time, but on the upside I have spotted chocolate biscuits.

‘It’s my daughter nagging me to get something smaller, something closer to her house.’ Continues the old lady, as her trembling hand sloshes weak tea in the general direction of the three cups. No need to dunk now.
‘It’s since I had my fall.’
Not on the stairs, I’m guessing.
‘Only, I’m happy where I am. Did I tell you Norman and I moved here thirty-four years ago?’ Yes. Three times. ‘I’ve a photo of him somewhere, would you like to see it?’ No.

‘That went well.’ Announces F, as we climb back in the car and I feel the pressing need for a piss.
‘She’s only coming out of there feet first, unless they can get her sectioned.’ I tell F grumpily as I see four missed calls from the office on my mobile. With 1 in 3 sales destined to fall through, the odds on it being good news aren’t too peachy.

Tilt the odds in your favour with my property anecdote ebook on Amazon:

US Readers: http://amzn.to/vXpFJf
Posted by secret agent at 8:52 AM