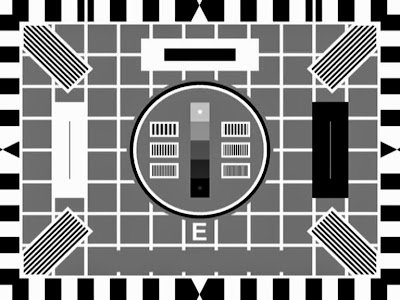 ‘Of course you lot are all the bloody same.’ Rages a disgruntled buyer, when I inform him the owner has rejected his offer in favour of a third party. As ever, I can only sell the property once but logic is the first casualty of failed negotiations.

‘I know what you get up to.’ Continues the man, his voice raising an octave as the red mist descends. He doesn’t. Not me personally, anyway.
‘I’ll happily try and find you something similar.’ I placate, knowing it’s unlikely to work and I’m unlikely to be able to deliver. I don’t do the supply or the demand but you can’t tell people – public, politicians, journalists, any of them…

‘Yeh, right.’ Sneers the unhappy punter, as his partner chips away in the background, poking him with a great big verbal stick.
‘Report him, Nigel. It’s not right.’ Urges a female voice, now no higher than Nigel’s.
‘Yes,’ squeals Nigel triumphantly. ‘I’m going to report you.’

I assure the man that I’ve behaved ethically, relayed his offer to the vendor, both verbally and in writing. I’ve not favoured the other buyer – neither of them wanted to use our chubby mortgage man, if you’re an undercover reporter – and I’ve remained true to both my own and the published code of ethics. I might as well be speaking Swahili.

‘Tell him we saw that programme.’ Prods the woman, in the background.
‘What programme?’ Asks Nigel, sotto voice. I try not to laugh; I’ve found it never helps when handling complaints. I know, before Nigel repeats the cobbled together transmission’s title, although it could be one of many poorly researched television exposures on estate agency.

Usually, a lisping presenter with a public school background and a burning desire to be an impoverished socialist; hides a miniature camera in his man bag and lies about who he is to various shady agents, who I too would happily see out of business. This one was broadcast a few night’s ago, but with the advent of catch-up television even the oddball who was jerking-off on a house price forum when it was shown, can download it again and again.

‘It’s a scam.’ Shrieks Nigel, as his partner now takes to echoing his words. It’s not. It’s one house, three buyers and a couple in a far better financial and able to proceed promptly position to yours, Nigel old boy.

‘Offer more.’ Cajoles the lady.
‘We haven’t got any more.’ Whispers Nigel. He needs to use the mute button, or at least hold his hand over the phone.
‘He has to tell them, if we offer more.’ Continues the woman avidly. ‘It was on the programme.’

I do and I will, but I might also mention the bit Nigel failed to conceal. I get paid on results not fantasies – although it would be interesting to see how my bean counter boss set targets for those objectifying objectives. Particularly since the company blocked 90% of the specialist websites available, on quiet days.
‘If we don’t get this house, we’ll never use you again.’ Warns Nigel. He hasn’t used us yet in truth and I certainly won’t be earning anything from him, but I can understand the frustration. Property purchase is an imperfect business and it’s not helped by the, oft transmitted on all channels, fact that anyone can set up an estate agency business, with no experience, qualifications or minimum standards.

‘I know a lot of people.’ Threatens Nigel, weakly as his partner agrees. Me too.
‘And I’ll be telling them all what I think of your outfit.’ I glance at my suit and tie combo in the office mirror and have to stifle another unhelpful giggle. I apologise once more and avoid Nigel actually making a risible offer he can’t deliver.

‘Can you give us first refusal?’ Pleads Nigel, as I start to feel sorry for him, an emotion you need to junk in your first few months in the industry. They still don’t get it. It’s not up to me. An honest agent can’t make any decision on behalf of the owner; he’s a conduit pure – in my case – and simple.

How to understand the property market, download  'Agents Diary' A Year In The Life, all formats via Amazon|:

Seems like you have inadvertently done your client's neighbours a good service there. Imagine living next door to Nigel? He certainly has a misplaced sense of entitlement!

Seems like by default you have done your client's neighbours a good service there. Imagine living next door to someone with such a sense of entitlement as Nigel?

I despise the general public!