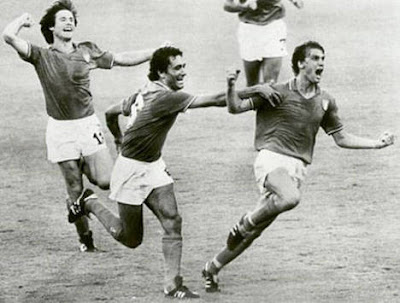 Takes a while, in that semi-conscious time between sleep and waking, to realise what day it is. Then the irritating local radio breakfast show duo, my wife insists is the best way to be woken – we have been married a long time – confirm it’s a work day. Traffic already bad, several new sets of road-works.

‘You okay?’ Asks my wife as she pours out two more frugal bowls of some bran-based wood chippings that should lower my cholesterol, but as I can’t abide the stuff, not do much for my blood pressure.

I stop buffing my shoes vigorously and ponder the question.
‘Ask me later.’ I tell her realising I have black polish under my fingernails again. Nobody else in the office bothers to clean their footwear as fastidiously. But I know customers check out your shoes. Know a certain category of vendor will choose not to use you, if they see scuffed and unloved brogues.

The fact is the old cliché no two days are the same, couldn’t be more applicable in house sales or lettings. That sinking feeling in the pit of your stomach each Monday comes from a mixture of apprehension and adrenaline. If the day goes well, you’re King of The Hill, if it doesn’t you’ll feel as lonely and vulnerable as that first day of school, over and over again.

As I drive to work I can already feel the acid bubbling in my stomach – unless it’s the roughage starting to move from the fibre-heavy breakfast. One that promised to remove that bloated and tired feeling within five days. I should really ring the Trading Standards people about that claim, but we’re not really on the best of terms after that taped interview under caution….

‘Morning boss.’ Chirps assistant manger T as he arrives fifteen minutes after me. I’m feeling good. Two offers in the book from the weekend and a couple of promising – on paper – valuations for later. Should I call my wife and answer her question now while I’m the best salesman in Christendom, or leave it until after the day has unfolded? Experience says the latter.

‘New tie?’ Asks negotiator S as she bounces in bubbly and – well, bouncy. I’m flattered she noticed. Every day is a beauty parade of course. It’s why I sit S in the front window desk. But like the fat girl at a disco I don’t get as many offers as I’d like and those I do accept often pull out on me prematurely, leaving me unfulfilled and feeling rather dirty.

‘You seem much more experienced than some of the other agents we’ve had round.’ Says the lady of the house later. Her husband, newly retired and no longer the boss, nods in agreement. Take it as a compliment, urges my inner voice.
‘Bunch of snot-nosed kids some of them.’ He contributes to a look of admonishment from his wife/new line manager.

Despite myself, I like this couple. It’s an emotion I try to avoid. Even the best salesman’s resources are finite. Like the aforementioned big-bird by the dance floor, you can only take so much rejection. It seems to me the best salespeople have skins thicker than Rhinos and a reduced level of human empathy. Like my bean-counter boss, you need to treat people like numbers on a balance sheet – and I was never good at maths.

‘Now fees and your valuation.’ Says the wife briskly and I feel the bran regurgitate. At least she isn’t clutching a note pad, with columns to highlight the most absurdly optimistic asking price recommendation and desperately low commission rate. The sort of myopic owners who will end up with all the information and none of the insight only to realise they’ve made a mistake, several months later.

‘Come on.’ I shout at the car headlining, elation flooding through my veins; signed sole agency form on the seat beside me. Like a footballer scoring a winning goal, or that first time you realise the equipment in your pants can do more than just empty your bladder, I’m more alive than I’ll ever be.

The high can’t possibly last, not in an industry where one in three sales fall through.

I should ring my wife.

Score in the property market with the ebook available here: