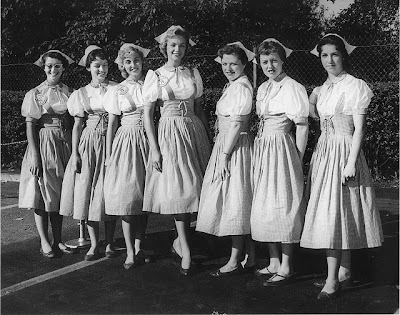 ‘Who the f***k invented breakfast meetings?’ Moans H my short of stature, big of ego, rival manager. He’s gravitated towards me at the large rectangular table in this soulless budget hotel we’re in again. It can’t be because he feels superior next to me, at least not until the sales figures are flashed up on the screen.

‘Bloody Americans.’ Replies bulky mortgage man M from across the table. He’s just pocketed a fistful of boiled sweets, from the dish next to the fizzy water that makes you belch horribly, and he’ll no doubt take more than his fair share of the discount brand biscuits when they arrive with the stewed coffee and watery tea. Some mornings I can feel the life force leaking from me like a punctured tyre.

‘Hey my partner is from the States.’ Challenges the woman with the rather too short hair from Human Resources who is due to give a guest presentation on some touchy-feely staff relations issue that we’ll all ignore as soon as the first sale falls-through.

‘Male or female do you reckon?’ Hisses H in my ear, nodding imperceptibly towards the crop-haired people person. Momentary confusion surmounted, I tell him it doesn’t matter as long as she does her job. H looks at me as if he’s stepped in something unsavoury. Not a lot of justice in this world as his office turns over 25% more than mine, irrespective of ill-disguised bigotry - and shoe lifts.

‘Teas and the coffees.’ Announces the eastern European woman in the nylon housecoat as she wheels in a trolley. Her accent is thicker than the dusty tea will be, but she is pretty, in that slightly harsh-featured way borderline malnutrition and a frigid climate seems to breed. Idly, I wonder if she knows my dentist, as she leans across the table rather engagingly and both H and the HR woman check out her rear. That answers one question.

I thank the hotel maid and give her a smile that signals conversation done, but I must have slipped into sales mode, as she engages.
‘You are all the real estate peoples, yes?’ Questions the girl, nodding at me in encouragement. I don’t want to talk property before the greasy bacon sandwiches. And my bean counter boss hasn’t even arrived yet, with a mind-numbingly dull P & L account lecture that would have mathematics geeks trying to fashion nooses with the paper napkins, then looking for sturdy light fittings and volunteers to kick the chair away.

‘Yes, we’re the property experts. Chimes H irritatingly. After several decades I’m still not sure I’d call myself an expert and I’m one of the few to have taken the exams.
‘Yes, he’s big in bungalows.’ Calls M from across the table with a guffaw that is probably masking another of his monumental farts. H ignores M and the Polish waitress ignores H. It seems she want me to say something salient.

‘So,’ continues the woman, whose accent is sounding rather horny in a disconcerting way, after I’ve made a self-effacing comment about knowing a bit about the market. ‘When will people like me be able to afford to buy home?’
‘Come and see me for a financial fact find if you like?’ Suggests M, in between mouthfuls of those not very Nice biscuits. The chambermaid, because that’s the uniform I’m unhelpfully imagining her in now, gives M a look that could freeze vodka.
Several answers race round my head. Replies I’ve toyed with for years. Some serious price deflation, a good round of repossessions, land being released and sold at prices that allows for social housing to be built, the planning process being adapted to make green and brown field site permission conditional on affordable end-unit pricing. But I’m no chancellor. I can’t even work out a sole agency fee without my calculator.

‘Fobbed her off with the usual bullshit then.’ Chuckles H, as the tea-lady exits and the bean counter enters - clutching his laptop and a couple of reams of handouts.
‘First time buyer opportunity?’ Asks the bean counter, nodding at the door hissing shut on the closer.

Not for a while – unless it’s in Krakow.