Eat To The Beat - Thursday 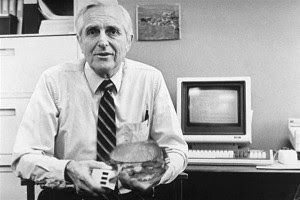 I spot him heading my way through a throng of lunchtime escapees. The sort of office workers who are either in the private sector, like me, and are taking five minutes to grab a sandwich to eat at their desk in between calls, or are working for the public sector and engaged in exercising their body, mind and rights by taking their full sixty minutes entitlement - no matter how may times the phone rings unanswered in their absence.

I consider dodging to the other side of the pavement, as I reach the pedestrianised area with slightly fewer empty shop units, not so many charity outlets and a healthier footfall, but I’m almost as lame as him now. Instead I paste on the increasingly hard to muster, glad to see you face. He looks genuinely pleased to meet me again – unless…

‘How’s tricks?’ Begins the hobbling banker breezily, as if greeting some sort of worn-out hooker whose overdraft facility he’s thinking of extending. The analogy has some merit, I think, as we both labour to a halt causing two jogging-bottomed, large-arsed young mothers, with more tattoos than what’s left of the Royal Navy can muster, to swerve their pushchairs past us without cracking into our ankles. The pair are engaged in some sort of harsh-vowelled rant about not getting their money on time and I wonder if they’ll be in shortly to ask B, our loose lettings lush, if she rents to DSS tenants – or if she’s coming out on the pull later? I realise, my autopilot has taken over and I’ve answered with a default platitude along the lines of: ‘Not too bad. You?’

The banker frowns and I notice, with a little churlish pleasure that he’s greyer and thinner on top than me now.
‘Seriously?’ he quizzes, shaking his head a bit like Bomber our destructive local surveyor when he down-values another home and destroys a much-needed sale with the words: ‘Price seems a bit full. Got any comparables?’
I admit, a bit sheepishly, that I haven’t thought the answer through and I’ve had better weeks, better months, better years and probably better career opportunities.
‘Thank God,’ he says brightening. ‘I thought it was just me.’

‘Thing is. I feel like a bloody dinosaur.’ Continues the shot-to-pieces in the hip and hair department moneylender, as I find myself perching on a pigeon-shit-stained bench half listening to his depressing monologue and half hearing the increasingly plaintive cries from the Big Issue seller everyone with a job, or not retired, is studiously avoiding.
‘Your business has changed a lot.’ I concede, trying to look at my watch without him spotting the movement. All the low-calorie meal deals with any non-horsemeat filling will be gone at this rate and I vaguely imagine I can hear phones ringing in my office, unless it’s that ear infection back again.
‘Tell me about it.’ Answers the man morosely, as I think ring the Samaritans pal. They volunteer for this sort of thing and don’t have to sit on a chilly bench a wino slept on a few hours earlier, feigning an interest rate I can’t sustain. The tarnished and gum-splattered pavement at my feet looks suspiciously like night-time emissions have been vented, making me wonder if I’ll have any, shoes of at the door before you come in to our house, oddballs later today. But then again, maybe they aren’t so weird?

‘The world is run by bloody bean counters.’ Rails the banker, seemingly without irony. Should I ask him about my endowment mortgage? Probably not. I’ve already seen one grown man cry today and there’s still that repossession to attend later.
‘Do you know, I’m one of the oldest in my branch now.’ Continues the man semi-rhetorically. ‘I have to report to some snot-nosed kid who talks in marketing sound-bites and questions my sales figures every Thursday.’
‘Not good.’ I concede, wondering if I can stomach another reduced-fat cheese and pickle, with those taste-free baked crisps and a bottle of flavoured water resembling piss?

‘Burger and chips?’ Asks assistant manager T, as I return.
‘Comfort food.’ I tell him - feeling a bit sick.

Have recently found the blog and enjoyed reading it! Downloaded the book, but haven't had time to read it yet.
I'm going to do something you hate now and ask for "property advice"! My son's a FTB and has been looking at lots of flats - a surprising number of which are ground floor. Are there problems with the re-sale of ground floor flats?
Keep up the good work on the blog!

Anon: Hope you enjoy the book, leave a review on Amazon if you can. Ground floor flats are harder to sell as a rule, for security reasons, so that should be reflected in the price. Although 'garden' flats with their own outside space - usually conversions - do have their fans.
S.A.

All good points, I would also point out that ground floor flats (dependent on location) can also be popular with disabled buyers as they negate the use of stairs - although most new builds should have a lift to cater for 21st century fatties!

Great. After a 50 year bubble, which can only reverse prices in SE, people are thinking about buying. Market already collapsed 40%. prices to follow. laughable.

Thanks for the reply - it's helpful to get advice from a disinterested professional. Obv the agents he's looking through tend to give biased information (quite understandable as I'd expect them to do the same if they were selling my house!)
I'm not sure what the situation is of "anonymous" who thinks it laughable that people might want to own their own home? Perhaps you already own? If so, lucky you.

All of my childrens' friends (aged 23-28) want to buy their own place, rather than rent some sh**ty flat from a landlord who can't be bothered to answer his mobile phone when the boiler breaks down (true example of what has happened to my daughter in her rented flat in Hampstead this weekend). Why wouldn't they? The problem is getting together a deposit and getting a mortgage.

My son can buy because he moved home after uni, saved hard, paid off his student loan and all other debt. Consequently he can now get a 3% mortgage deal.

I can't speak for all areas, but where my son has been looking prices have fallen quite substantially. He can't afford to buy where we live (London) where prices are extremely high still but as he works in central London, he can buy in a commuter town with a fast train service (30 mins to Kings Cross).

It may not be the bottom of the market, but if prices were to fall a further 40% as you suggest in the towns he's looking at, he'd be snapping up a 1/2 bed flat 5 mins walk from the station, 30 mins to Kings Cross for approx 64k; which would be a pretty amazing deal considering he earns £35k (not excessive for central London)and a price-salary multiple I doubt has ever been seen before in the UK property market.
It seems that every comment is posted anonymously, so I think I'll out myself with this comment, to make things less cognfusing!

FWIW I agree with anonymous #3.

We are nowhere near the bottom the market. We haven't even started in much of SE and London.