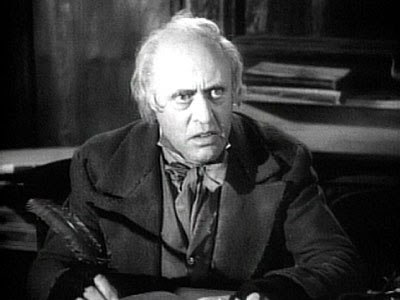 Apart from the thrum of the central heating pump – it’s on the way out I just can’t face another plumber’s bill – the house is as silent as the night before Christmas. Both boys are home for the holidays as the rapidly emptying fridge and the array of unwashed plates and glasses in their rooms will testify, but they’ll be asleep until my third cup of office coffee.

‘You off in a minute?’ Murmurs my wife as I lurch from leg to leg trying to pull on socks in the dark without fully waking her.
‘Go back to sleep.’ I instruct her. ‘I’ll be gone in fifteen.’ At least I will if I can get my suit trousers to do up, I think glumly, as I hop to the bathroom.

I read somewhere the average calorie intake on Christmas day is 6,000 and I’ve been eating and drinking enough for a week’s worth of Christ’s birthdays. I’ll need to diet until Easter before these trousers will resurrect into something resembling a decent fit.

The belt is an old one, as witnesses by the worn holes I’ve been letting out annually. I look at the last available setting and try to tug back to the early December notch, but it’s a losing battle. My stomach feels like a fermenting vessel. There’s decidedly more gas in there than the office air conditioning units manage to retain. And as I look down gloomily I notice I have unmatched socks on.

‘Morning boss.’ Chimes trainee F as he hurries through the door with seconds to spare. I’ve been watching the clock and gently deflating for fifteen minutes. It’s just him and me with the short straw slot between Christmas and New Year. What you might term a skeleton staff if it wasn’t for my resemblance to that fat laughing policeman – only without the joviality.

‘God what’s that smell?’ Asks F as he takes of his coat to reveal the sort of ‘comedy’ tie I’ve warned against countless times.
‘I think the bins haven’t been collected.’ I fib, feeling another home brew bubbling up like those horrendous beer making kits people used to buy in the eighties. It only costs 15p a pint and the specific gravity is almost the same as Bass Special…

I reach into my drawer and select one of the spare neckwear items I keep for these occasions. The movement makes an audible sloshing sound and I feel as if I might actually burst. Even my shoes feel tight. Can your feet put on weight?

‘Oh come on, it’s a present.’ Moans F as he sees the paisley offering I’m going to insist upon, just so he learns a lesson.
‘Homer Simpson isn’t appropriate for the property market, no matter how laughable it’s going to be next year.’ I tell him churlishly, as I multi-task and reluctantly open an e-mail from the bean counter boss. It’s the final edition of my much argued over targets for the next twelve months.

‘For f**ks sake.’ I say angrily.
‘Ok I’ll wear it.’ Says F, hurriedly removing the offending item.
‘I meant this, not a fat man drinking Duff beer,’ I say, vaguely aware of the irony but still distracted by the latest inflationary figures. I push print and nearly fracture the keyboard.

The figures are more comedic than F’s tie and I watch as the laser printer churns out three pages of statistics. I didn’t need to physically manifest the nonsense on to A4 but there’s more warped satisfaction in actually ripping up something tangible in anger, than ranting at a 1920x1200 pixel-enriched screen.

‘He’s having a laugh isn’t he?’ Suggests F once he too has perused the office targets and the absurdly optimistic assumptions on average price and average fee, driving the whole work of fiction. One, even the Grimm brothers would have balked at.
‘It’s the same every year.’ I tell F regretting it instantly. It took a while to explain, but then I had plenty of time. The pavements might be teeming but the only units in the high street not promoting sales and big discounts are the estate agents.

Grab the ebook - while you still can :

Good one to end the year on.

Unfortunately you strike a chord with both the Xmas bloat/passage of time and bean counter 'aspirational targets' that leave you constantly fearing for your job.

Thus is the start of all mis-selling scandals visited upon us by the 'Financial Services' 'industry'.

Could not have put it better myself Hotairmail and a happy New Year to you too.
S.A.