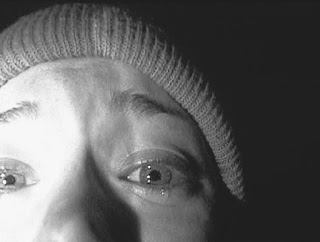 ‘Well, like it’s too dark to do anything after about five o’clock.’ Says F pensively. You could try ringing round the mailing list get some of the dreamers off I feel like saying, but the conversation moves on.
‘That’s the Jocks fault,’ pronounces M sourly, ‘bunch of cheapskates. Never want full cover life insurance, act like rate whores when you try to place a loan for them and now they want to leave the rest of the UK because they think there’s some oil they can cash in on.’
Everyone looks askance at M wondering where that diatribe came from. Perhaps the bloke that ran off with his wife and kids had a secret kilt collection?

‘What?’ Asks M sneeringly, as he sees the opprobrium and I try to work out if it’s racist to rib those north of an arbitrary border some cartographer and a bunch of in-bred royals drew in the heather.
‘You can’t talk about people like that.’ Complains S. ‘My cousin is from Glasgow.’
‘Do they live there still?’ Probes M.
‘Not any more.’ Concedes S reluctantly.
‘There you go.’ Concludes M with a flourish. ‘They all come here because the weather and job prospects are better yet expect us to swap our time zones around every autumn just because a handful of knock-kneed shepherds want to shag their sheep in the daylight.’
‘Isn’t that the Welsh though?’ Queries F, as I lose the will to live - wherever the sun is situated.

‘Can someone hold the chair?’ I ask wearily as I reach for the office clock and find myself wobbling again. T grabs the seat squab and I pull the ancient analogue unit from the wall.
‘Computers, mobile phones and everything update automatically.’ Says F, as I spin the hour hand back, when I’d really like to shove it forward until the weekend.
‘Health and safety know you’re doing that?’ Mocks M as he heads for the kitchen where he’s half way through a packet of Hob-Nobs. The choices are endless, but I’ve two valuations to get to and I like to be on time.

‘Tell you what duck.’ Opines the wrinkly pensioner I’m sat with later.
‘Yes?’ I venture. I can’t be here all day and she’s the type who has agents out just so she can talk to someone. The garden is too big for her but the absent family don’t want her downsizing to a retirement flat while there’s a potential building plot out back, as long as she dies without racking up too many care home bills.
‘These dark nights really get me down.’ Continues the old girl. ‘I can’t get out to do the pruning and the curtains are all drawn by half-past four.’ She looks at me sadly. Please don’t say that, I think. Not again. The alternative isn’t too peachy. But she says it anyway.
‘Don’t get old will you son? It’s no fun at all.’

‘How was the last valuation?’ Asks T as I come in from the gloom, office lights blazing onto a darkened pavement.
‘Time-waster.’ I tell him flatly. ‘Just lonely.’
‘Not moving?’
‘Only in a box.’ I tell T, as F comes back from the gents’ toilet, awkward damp patch on his trousers.

‘I’ve booked a viewing on the repossession in London Road at six o’clock.’ He announces proudly. The groans echo like a bad Halloween party.
‘What?’ Pleads F.
‘The power is off you numpty.’ Spits M, along with some oat-flecked crumbs.
‘They said they couldn’t see it any other time.’ Counters F sulkily.
‘They won’t see it this time love.’ Says S gently.

‘Would they re-arrange?’ I ask F after he’s made the call.
‘No. They got pissy and said, did we want to sell it?’ Replies F.

The torch batteries were dead.

I don't know where you're based but let me hazard a guess. Not too central. Not too suburban - certainly not outer suburban-cum-rural. Old sods ville. Little India. Ex pats galore come back to Blighty when the Emprie imploded. Could be south west London area. It's a bit trite but it fits 'Surbiton'?