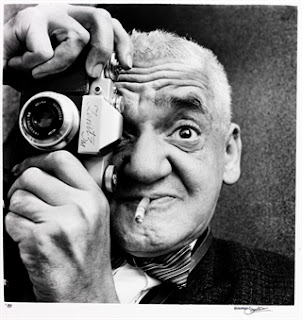 ‘The house feels empty again.’ Sighs my wife as we load the car with bag after bag of carefully ironed and folded clothes, more shoes than I’ve ever owned and an expensive collection of electronic equipment. The youngest son has gone on ahead to his second year University house, the next step to property independence after the hotel-like safety of first year halls. My life is flashing by in a blur. Soon I’ll be stopping complete strangers in the street and asking them to guess my age.

‘We’ll get used to it.’ I tell her as the sun catches her face and tears glint viscously. I’d cry if they never leave home, I think fleeting, until I realise I miss both boys when they’re away. I just don’t want them staying in their rooms, like some I see, until their fortieth birthday approaches. You’ve got to move on, even if it’s to an overpriced flat share with only one toilet.

‘The house seems so big with just the two of us.’ She continues in a downbeat tone. I’m supposed to be the depressive one. That comes with the territory dealing with home moves for longer than I care to remember. I don’t do jollying up very well.
‘That’s because there’ll be a lot more room by the time we’ve humped all this kit several hundred miles.’ I tell her trying for a laugh as I indicate the fruits of her three weeks of pressing, packing and list making. The boy won’t need to use the launderette or an iron until the end of the first term if he ekes things out carefully and does the underpants inside out thing beloved of students with an aversion to washing machines.

We drive in silence for an hour and a half as I strain to find something meaningful to say, and to see out of the back window. I just hope she’s not thinking of talking about downsizing the property. That’s the slippery slope to yearning after bungalows, a Spanish apartment for three months of the year, then a sheltered development with pull cords for when you are lying in a pool of urine wondering what day it is. The final one too reminiscent of many deceased estate flats I’ve seen – and my last boys’ night out.

‘It’s the circle of life.’ I tell her breaking the silence with something so trite I expect a Disney character to splat against the front bumper. I’m already pretty sure I did a hedgehog a while back, now I’m just hoping I won’t develop a slow puncture. This is deflating enough as it is.
‘What’s that even mean?’ Asks my wife with what I might term a prickly response, if it wasn’t for the unwanted vision of a slow moving mammal splattered down my offside paintwork. Might have to break another company standing order and whack the motor through a carwash. I’m already trying to calculate how to creatively account the private mileage form so I might as well go the whole…. Hog.

We pass the infamous Little Chef we stopped at on our first year trip to an emptier house and a fuller fridge. I accelerate on. Things are gloomy and another trip back to seventies dining hell I can do without. Fortunately the red and white battered building is single story, or they’d have cholesterol-clogged jumpers hitting the car park every lunchtime.

‘You have the map.’ I bellow at my wife as some arse in a giant four-by-four sounds his horn in anger and tries to enter my exhaust pipe. I’m straddling two lanes, just in case, and the lights are about to change before I know which exit I’m taking. The satellite navigation our son leant us dropped the signal as soon as we hit the built up area and now we’re into familiar territory inside the car and Indian territory outside.
‘So you meant the other left.’ I shout sarcastically, as I look for somewhere to do an illegal u-turn and realise with a sinking feeling I’ve been driving in a Bus Lane for the last fifty yards. Somewhere a camera is doubtless recording my meltdown for the record.

I had nothing to say about the dog humping your leg last week!

All the best as the circle turns onwards.

Funny? I find it sad. And we seem to be at the same (similar) stage of life. Except my daughter is just one year younger and we've decided she should stay at home due to the costs. The massive fees make you think even more carefully. It's a matter of going away now or going away later. And I think it best if she flies the nest forever earlier rather than having a few false years of freedom only to come back again with her tail between her legs. Not healthy. At the moment many are pretending as though it were the 1970's with regard to University. But it's not. The support isn't there and the benefits do not exist to the same extent.

I'm not sure where the First Time Buyers are going to come from in the future to prop up the housing ladder for the dieing and care needing Boomers.

Thanks to China Reader and Hotairmail for comments - sometimes wonder why I bother, but it saves on therapist's fees. Regular feedback, as vendors will tell you,is always welcome...
S.A.

Tertiary education is merely yet the next massive bubble designed to take money from the average and hand to the top 0.1%. £45k for a degree that will get you a call centre job. Yeah, right. Or even worse - a job as an EA.

I always enjoy your writing SA, especially the ebook, keep it up. Very sad one today....