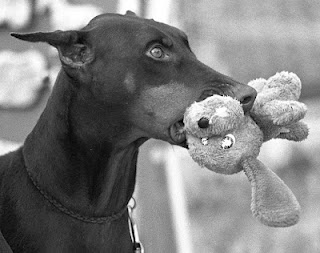 ‘Could you do a viewing after lunch? We’re double booked.’ Asks assistant manager T as I hurry through the office door. The affirmative answer slips out before I’ve slipped my jacket off and I immediately realise I’ve been done. Years of experience negated by a simple distraction tactic. It’s why middle-aged men with long no-claims records drive in to the car in front, when women on the pavement disrobe in the sunshine.

‘Where is it?’ I question suspiciously, moving towards the office diary. T coughs the information and I’m sure I hear a titter from S my buxom negotiator, but I may be confused. Her blouse hints at weather better than we’ve been experiencing of late.
‘So why can’t F do it?’ I ask, looking at my trainee’s vacant desk, mirroring his expression most days.
‘He’s got a funeral to go to remember?’ Says T.
‘How many grandmothers have died now?’ I gripe uncharitably. ‘Most families only have two.’
‘It’s an granny-in-law type thing, I think.’ Answers T uncertainly. ‘You know what his tribe are like.’
I do. The mad mother is on her third husband and another divorce looks on the cards. F has had more unfamiliar males come into his room at night than a novice monk with a religious bent. Still, separations -even sticky ones - are good for business.

I glance at the address in the diary and let out the sort of low, pained moan F would no doubt be familiar with - only with the lights on this time.
‘The Collins’ house.’ I say dejectedly.
‘I think it was.’ Lies T, a smirk barely suppressed.
I can’t turn down a viewing. That would set an unacceptable example. Viewings mean offers. Statistically, in a good market it takes about ten viewing to agree a sale. In a difficult market it rises to as much as thirty, but the numbers still need to be crunched. I’d just rather it wasn’t in a house where the Doberman likes to shag your leg.

‘Can’t they go any other time?’ I ask plaintively.
‘No.’ Says T. ‘They’re only in town for the day. Want to find something before they go home.’ It’s a great buying signal, one I can’t afford to ignore, even though people who make a decision to purchase a property in haste invariably pull out of the deal. There’s at least a six-week cooling off period while solicitors, surveyors and lenders contrive to scupper the process. I still need to go though.

‘Did you ask if they were going to be in?’ I say to T. Sometimes a viewing is more productive without the owners breathing down your neck and certainly without an oversexed canine spunking down your trousers.
‘Nope. They’ll be there.’ Answers T, before adding slyly. ‘I just wish I could be. But I’ve got a market appraisal.’
‘Be gentle with Fenton.’ Says S laughing.
‘And don’t lead him on.’ Adds loose lettings lush B unhelpfully. Dogs and casual sexual encounters too easy a target for me to bite back on, I ignore the jibe.

‘The dog isn’t called Fenton, anyway.’ I say wearily, referring to the You Tube sensation we all watched a few months ago, where an exasperated owner screamed in vain as his dog chased a herd of deer onto a road. Once they get over-excited nothing stops these animals. Certainly not an estate agent wishing to remain polite but equally keen not to have another dry cleaning bill. We had the: “What do you do if a Doberman makes love to your upper thigh?” discussion last time the mutt goosed a staff member. The answer was, nothing - until he’s finished. They particularly like those soft leather casual shoes, popular with the older generation. Bringing an unfortunate connotation to Hush Puppies I’m fairly sure the manufacturer didn’t think of.

An agent has to adapt to make owners feel comfortable and although I’d love to suggest Mrs Collins just shuts the Doberman in the garden while I conduct the viewing -or wanks the hound off before I arrive - I have a feeling it might cause offence.