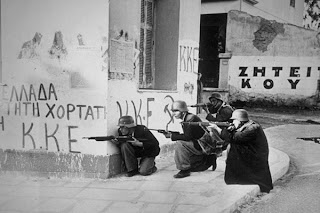 ‘Think I want to go home now.’ I shout angrily through the bathroom door.
‘Had enough sun?’ Calls my wife from the hotel bedroom.
‘Had enough of the plumbing.’ I tell her, grimacing as I look at the waste bin alongside the toilet. You can have too much information and the sign instructing wipers not to dispose of paper down the loo is an instruction too far. Once a rebel always a rebel, I tell myself as I ignore the notice and curse the flimsy gauge of the toilet roll. Scant material with the robustness of that tissue paper expensive lingerie shops wrap the underwear you buy your wife in. The garments she’ll be returning for a refund a day after her birthday.

‘Paper failure.’ I tell my wife as I emerge hands and nails scrubbed fastidiously. She grimaces and continues packing clothes she hasn’t worn, including the chain store dress we saw a fat-arsed woman wearing on the first night.
‘Hah, same dress as you.’ I’d said injudiciously.
‘It better not look the same on me.’ She’d hissed in reply.
‘No, that’s at least two sizes bigger than yours.’ I’d replied encouragingly.
‘Try four.’ Was the icy reply and now I’ll be humping the item, along with half a wardrobe of other unworn pieces, home again.

We hadn’t been to Greece for about twenty years so I’d figured the plumbing and the food would have improved. Wrong on both counts. About the only thing that can go down the toilet is the economy and I’ve remembered why they smash their dinner plates.
‘I fancy a look round the town before we go.’ I tell her. She doesn’t as it turns out, preferring to do the pool aqua aerobics one last time. I’ve refused that indignity. Twenty overweight holidaymakers mimicking the hot Greek girl’s movements I can do without, especially as I can watch her from behind the safety of my sunglasses without exposing myself.

On the way to reception I pass a few familiar faces and some pasty new ones. I’ve named a few just to amuse myself. Anal Retentive businessman is under a sunshade, talking loudly into his mobile phone while his bored trophy wife slathers sun cream suggestively. Heil Helga, the German woman with the saggy tits is sitting topless on the side of the pool still being ignored by the waiters. She’s twenty years and a long in the memory World War, too late. Then I pass newly prefixed Ms Miserable, the thirty-something slightly plump and getting plumper recent divorcee, who is with her elderly parents. You think you’ve finished holidaying with your mum and dad once you’ve left home but she’s back on both counts. I see her every night looking miserable comfort eating and drinking heavily while her parents play cards. She’ll make sure HE pays though. Maybe I can leave her a business card and get the matrimonial house sale if she’s local….

The hotel cat is sitting under a sparse tree languidly licking its private parts again, presumably just because it can. And the group of fifty-something blokes with beer bellies and bad Hawaiian shirts are propped against the bar talking loudly. The one with the dodgy combover I’ve nicknamed Steve McGarrett, is in full flow. I toy with the fashion police gag I’ve been working on and holding up an imaginary yellow card shouting: “Book him Danno”, but I leave it. Greek dentists are not going to be cheap.

Past the supermarket and a few tacky gift shops I see the estate agency. I’ve been avoiding thinking about work but now I’m drawn to the window like a fly to a turd. The door is propped open and an olive-skinned man, who to be fair does actually look passable in a short-sleeve shirt, is sitting in front of a giant oscillating fan. He looks at me and looks away. Never judge a book by the cover I think, as I scan the window and see the absurd Energy Performance Certificate rules apply to concrete shacks with no need of thermal retention in 40c temperatures. The prices are as laughable and unsustainable as ours and there’s no Waitrose...

My bags are packed I’m ready to go.

The property book to occupy you..

You're obviously not reading your grauniad on your hols:

UK has 3rd most expensive housing in Europe after Denamrk and yes....Greece!

(Hadn't realised they hadn't fixed the plumbing yet. 30 years since I've been. Nasty. Be tempted to just use my hand and wash rather than leave the paper festering in the hot weather.)