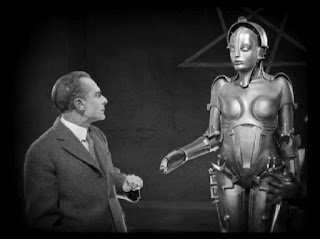 I’m in Tesco Express again, against my better judgement. The Misdescription Act regulates outlandish marketing claims in property, with draconian punishment by the Trading Standards drones if you transgress. So I’m wondering, just how they get away with the Express bit?

‘Come on.’ I mutter gracelessly as a crumbly woman fiddles with her purse when she finally makes the one living staff member behind an actual till.  I’ve purposely avoided the bank of flashing self-scan positions on rapidly dwindling principles, but I’m already regretting my stubborn Luddism. ‘Oh get on with it.’ I grumble as the OAP with time to kill and a resistance to lung cancer, decides to ask for ten of some obscure cut-price cigarette brand, then thinks it would be a good idea to chat to the woman serving.

I’ve only come in to pick up tea and coffee for the office. We’ve run out again because nobody had the foresight to mention the bottom of the tin was winking at them when they spooned out the last granules. Gallingly, I’ll be subsidising the office caffeine and tannin intake for the next month or so, as since the bean counter boss cut the petty cash float to pennies, I’m expected to fund sundries at my expense. He’ll doubtless quibble over the receipts when he finally deigns to sign them off.

‘You gonna use the self-serve?’ Asks a thirty-something woman behind me with a basket of goods in her hand.
‘No,’ I answer. ‘You go ahead, I don’t get on with them.’
She pushes past me with a cursory nod and begins the un-edifying procedure of obeying a computer and packing your own goods to the tune of an automated voice. A voice I just know would be admonishing me by now with an, unexpected item in bagging area report.

‘This is rubbish isn’t it?’ Says a male voice behind me. Now I’m never that keen to engage in conversation with members of the public unless there’s a fee at the end of it, but something in this man’s tone makes me recognise a kindred spirit, so I turn.
A greying-at-the-temples man with a cheap suit and a sour demeanour is looking back at me. I’m hoping he’s older and less successful than me but it’s a close call.

‘They should just put a couple more minimum wage checkout people on.’ I say tersely as the queue behind us builds to about ten dour-faced shoppers, all looking at their watches and slowly marinating in their own frustration. I notice the elderly woman monopolising the one living and visible staff member has now fished a lottery ticket from her handbag and is asking for that to be entered separately. Ring the f**ing bell, I ache to scream. Just get some more help.

‘I tell you, if I ran my business like this I’d go bust inside a month.’ Says my new best friend, as I wonder idly what he does for a living? I’m not about to ask or I’ll have to confess my own profession and a fight is already a distinct possibility amongst the angry shoppers. And now, as I wish I’d succumbed and tried the self-scan, I notice the woman who went ahead of me has come up against a problem and the light on top of the station she’s at, is flashing for help. Finally, as the OAP oblivious to the fact that a jar of Nescafe to the skull might finish her off where a sixty year nicotine habit has failed, asks for a strip of scratch-and-win Instants, the staff member rings for assistance.

‘Watch this.’ Predicts the man behind me with a world-weary tone I thought I’d patented. And a spotty youth with an Every Little Helps badge appears and goes straight to the rescue of the woman who has jammed the self-scan till.

‘You got the coffee?’ Asks portly mortgage man M when I enter the office, ears buzzing with anger.
‘It’s in the shop, on the floor next to the queue this way sign.’ I tell him before adding. ‘And no, I didn’t get any biscuits either.’

Not sure I belong here any more.

Just been sent a replacement card - it comes with a symbol indicating that it can do 'remote' payments. No need to put your pin in anymore, you just flash it past some scanner that sucks the money from you.

I'm waiting for reports of Romanian gypsy gangs sucking money out of peoples wallets as they stand on crowded tube trains!