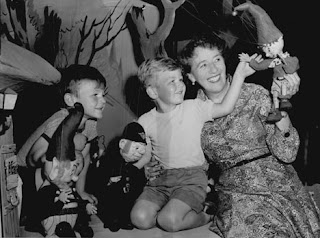 ‘So what do you think. Honestly?’ That’s two questions actually, I feel like saying. People often want to know what I think about property prices but only if it corresponds with their take and that usually depends if they’re buying or selling. The honestly bit, that really doesn’t help most of the time. Denial being more often a couple with negative equity, than a river in Africa…

I’m sitting in a pleasantly weathered lounge, which I might describe as a drawing room if the price warrants it. The walls are as faded as the old couple perched attentively on matching threadbare high-backed chairs. Original wooden plate racks run around the room to complement the 1930s carved fireplace with matching hearth. This is the sort of house I dreamt of growing up in. The type of home, with a warm welcoming kitchen and an Aga, that friends lived in and I visited hoping some of the family unity might come home with me. It didn’t.

‘Only,’ continues the old man as his wife watches him lovingly. ‘I don’t want all that bull the kids in shiny suits come out with. You look as if you’ve been around the block a bit, son.’ That’s a backhanded complement if ever there was one, I ponder swiftly, as I wonder just how much honesty I should provide and if it will cost me the business again. I’m happy with the recognition of my maturity and experience but I don’t really need reminding I’m looking as worn out as this house’s exterior paintwork – although you don’t often get called son once you find the first grey pubic hair.

I fence for a while. Talking about market forces, shortage of supply and the fact homes like this one still don’t come to the market often. When they do, they are usually converted to flats, something I’d rather not see if I didn’t depend on property sales for a living.
‘Yes, but don’t you think theses silly prices are unsustainable?’ Presses the old boy doggedly. His wife nods gently in agreement and stares at her husband like some time-warped teenager.
‘I only reflect what the market is saying.’ I reply. I’m as disappointed in the response as he seems to be, judging by his crinkled brow.
‘My grandchildren will never be able to afford to buy if this nonsense continues.’ Presses the owner, as his wife turns towards the mantelpiece and points to the photos and says. ‘That’s them there. Would you like to see?’ Not really isn’t an option, so I spend five minutes cooing over some kids in school uniforms who look exactly like a hundred other kids in school uniforms, although the oldest girl will be hot in a few years….

‘Do you know what we paid for this house?’ Asks the husband when we are back to property prices. I already know they’ve been in situ forty years and brought up three children. The kids’ bedrooms haven’t been decorated for decades to prove it - I hadn’t seen a Duran Duran poster in a while. Of course I’ve done this before and I know it was probably about £38,000 but curiously they like you to go higher.
‘Oh I don’t know, about £60,000?’ I say innocently. They both smile knowingly.
‘£35,000 son, £35,000. Who’d have thought it? And now it’s worth what, £650,000?’ Oops, I was thinking £595,00 so he wasn’t wanting that much honesty.
‘Of course we don’t really need the money now.’ Says the wife. ‘But we’d hate this house to be bulldozed completely. It’s a family home you see. I’d like someone like us to have it and bring up children here. Make a tree house, like our kids used to.’
The reality is not many young families could afford their Enid Blyton dream and I reckon their own children wouldn’t want them to flog their inheritance off on the cheap, just so five could go mad in a quarter acre garden.

‘If they could turn back the clock,’ begins the man, as I think please don’t ask me to guess your age now, they always want you to play that game. But he’s on a different tack. ‘They should half all the prices and get some sense of normality back. We’ve got more than enough equity and our grandkids might have a chance of getting on the ladder.’ I’ve not seen any sign of a router, but this old boy should silver surf and join my fans at House Price Crash. They’d love him – or at least his house at half the going rate. Although, the truth is it usually takes a death to get these people to leave their memories, at any price.

Time will tell.
Posted by secret agent at 8:43 PM

Tho' he said prices should halve, but no doubt, after they've sold...

A lovely piece. Sad, but brilliant.

Only another 30 million households to educate now then!

A recent listing on rightmove shows a house that couldnt sell for mid 400s last year, for wait for it mid 500s now! There is some serious delision going on in the south east!