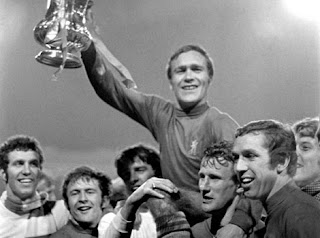 In the car park of the budget chain hotel trying to find a space, I spot H my vertically challenged rival manager. He’s struggling out of his top-of-the range, award-winner’s motor, without the use of a stepladder. I hope he’s riding for a fall, but to date he’s proved remarkably resilient despite a couple of near-miss sexual harassment claims and that dodgy episode with a developer and an alleged brown envelope. Amazing what good sales figures will help management turn a blind eye to. Sadly it’s me struggling to keep my head above water.

‘Alright pal.’ He calls in greeting after I’ve parked, appropriately enough, by the industrial rubbish bins. He’s looking smug and is sporting an expensive looking suit that he can well afford, firstly on grounds of last quarter’s bonus payment and secondly because he needs half as much material as I do. I return his opener with a neutral response. I’m not in the mood for the serve volley game of competing sales figures claims this early in the morning, particularly as I’m a wild card entry at best and he’s the seedy one.

‘Don’t suppose you’re looking forward to today’s meeting?’ Taunts H as we walk towards the revolving doors and I wonder if I can contrive an industrial accident and a transfer to H’s goldmine office, while they try to unravel him from the jammed glass panels. Instead I feign nonchalance as we spin into the foyer and H spots the tidy looking girl on reception and slides over as if on castors.

‘Yes please?’ Falters the girl in heavily accented English. I’m guessing another newly admitted eastern European nation. ‘Yes please, indeed.’ Replies H as I cringe beside him. The girl looks confused as H says our company name, and then gives her a lame chat-up line and his business card. I smile an apology to the minimum wage receptionist and follow her indication towards the grotty meeting room the bean counter has booked on the cheap. ‘Think I might be in there.’ Says H oblivious to reality. Perhaps that’s where I’m going wrong, thinking it through too much?
‘Don’t reckon you’d have that much in common.’ I tell H as we walk down a dimly lit corridor, carpets a ghastly paisley pattern and slightly sticky underfoot. My, you wouldn’t see eye-to-eye line is lost as we enter the meeting room to the smell of burnt coffee and apprehension.

A few other managers are clustered around rapidly cooling bacon sandwiches with more fat on them than M, my porky mortgage man. The bean counter changed venues a year ago for economy reasons, so the full English on warmed plates has been replaced by cold Danish in stale bread. I spot my boss bent over his laptop trying to hook the output to an overhead projector. Death by PowerPoint beckons again so reluctantly I forget the diet, grab the last lump of industrialised pig and sit as far away as possible. H sits alongside me. He’s like a turd on a shoe.

‘Right straight to business.’ Announces the bean counter, scowling at the woman who came back from maternity leave, hurrying into the room, late again. The bean counter doesn’t do child care issues and rumour has it if she’d been a man she’d have been sacked for poor sales by now. As it is he’s performance managing her to the job centre and a possible nervous breakdown. She was a great manager not that long ago. Now there’s fear in her eyes - or possibly a lump of rusk.

‘She’ll be expressing right out of the company.’ Whispers H unpleasantly, sneering at the poor woman, as she has to take the vacant seat next to the bean counter who is passing out the sales figures like A4 death sentences. I munch unenthusiastically on the cooling sandwich, and feel the indigestion building as the hard copy version of the office tables are mirrored on the pop-up screen. It doesn’t make pleasant reading. I exchange a sympathetic look with the mother, who looks like she’ll be crying before the end of the session. At least her office is below mine though. The microscopic examination of sales figure is relentless in the property business and you’re only as good as your last week, then month. Taking a year off to give birth and wanting your old job back is frowned upon – although not publicly any more. The bean counter is too cute for that with the legislation as it stands. His erosion of confidence is more subtle and insidious.

I catch the mother’s eye as we both applaud unenthusiastically while H collects the monthly performance cup, that’s almost bigger than he is. We both want to be elsewhere.
Posted by secret agent at 8:05 PM

‘She’ll be expressing right out of the company.’ Whispers H unpleasantly

Very good. It strikes me you may have edited the article to the extent that the photograph accompanying it no longer makes sense. Unless it was just a gratuitous expression of your support.

Anyway, it gives me the opportunity to say, if that is the Leeds versus Chelsea FA Cup Final replay of 1970 at Old Trafford....I was there ( as an 11 year old kid). Not only that, we stayed at the Manchester Hilton - the only FA Cup Final where both sets of players stayed in the same hotel. I got every single autograph of both squads (I think my Mother chucked them out when I left home!) and I touched the FA Cup when the Chelsea players brought it back to the hotel.

Thank you Jonathan. But you mum should never have thrown those autographs away, Hotairmail...
S.A.

What about Bonetti?
Another great post. When I used to attend this kind of "crap", as well as the sticky carpets it was the smell of burnt animal that always stayed with me in the hotels.
That, and the fact there was never enough space in the car parks, happy days, not!