The Long And Short Of It - Wednesday 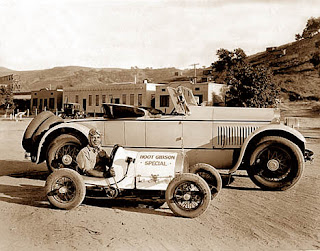 Bustling in to the office after back-to-back appointments I freeze and start to bristle. H my short-arse rival manager is at negotiator S’s desk mid-chat. She’s laughing at one of his cheesy lines, he’s staring at her tits. Annoyingly she doesn’t seem to notice, which either means I’ve been wasting my time being surreptitious, or she doesn’t mind. It’s amazing what a top-of-the range car and an income double mine can overcome.

Despite his clothes not being liable for VAT and a personality to match his size, H seems to do fairly well with the ladies. I’m not sure what that says about women’s priorities? I thought it was all about selecting good genes and a soul mate, but it seems jeans with a single-figure inside leg, if partnered with a multi-numbered bank balance, is more of a motivator. Just look at that little guy who runs Formula 1.

‘Alright mate.’ Calls H seeing me enter the office. S shoots me an almost apologetic smile, but I feel absurdly betrayed – which probably says a lot about me. Psychoanalysts could have a field day in an estate agency. I acknowledge H’s greeting and move towards him warily. He won’t be here to do me a favour, his type never are. I’m braced for either another boasting session about his office figures, or a request I don’t want to accommodate.

‘Good appointments?’ Opens H, nodding towards my briefcase. He’s not genuinely interested in how I’m doing, rival salesmen never are. It’s a charade. One I now have to play along with.

‘Yep, couple of strong valuations.’ I tell him, jettisoning my more cynical view of the last two hours, which were fruitless in terms of signed sole agencies and liable to stay that way.
‘Market appraisals you mean.’ Corrects H smirking at S uncomfortably. ‘Not supposed to call them valuations.’

I’m tempted to enter in to the empty competing office banter that will doubtless escalate in ever more outlandish claims of instructions coming and sales to follow, but I know I can’t win. H’s office has always turned over more than mine. Due to a quirk of demographics, employment prospects and planning regulations preventing more competitors entering his patch, even F my idiotic trainee could make a good fist of running H’s office. I often wander if I’d be as cocky if the roles were reversed. Probably…

An elderly couple enter the office and S stands to greet and invites them to sit. H gravitates towards the back of the office with me as I ask him, a little curtly, what he wants?

‘Not old dribblers like that.’ Answers H scornfully, sneering towards S and her wrinkly applicants. ‘Not unless they have a house you can bulldoze for flats.’
‘Everybody has to live somewhere and we have to spend time with people like that.’ I parry, honestly but not profitably. H sells nearly double what we do to younger, economically active buyers, who also take out more finance, so increasing his office turnover. It hurts.

It turns out H has run out of printer paper. I’ve ensured we are fully stocked and now gratingly, he wants to help himself to some of my supply. He could have sent a minion, but as he’s having another good week he wanted to gloat as well as borrow. Chances are I’ll not get the paper back without a whole lot of chasing. I should give him - appropriate - short shrift but then you shouldn’t make any more enemies than you already have in this business, even little ones.

‘You know what your trouble is don’t you?’ Begins H, in an echo of the bean counter boss’s words at my last one-to-one, as he bends under the weight of three reams of debit on my P & L account. It’s a rhetorical question, H continues to tell me as I hold the door open for him, why spending too much time with ditherers like the old pair still sat with S is counter-productive. ‘Ditch them and move on to the next.’ Concludes H with a yellow-toothed grin, before gunning his double-parked car and leaving me wreathed in exhaust emissions.

Fuming.
Posted by secret agent at 8:03 AM