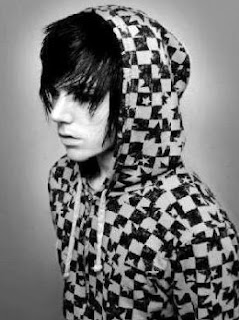 It’s not until I’ve presented a business card and extended a hand that I realise the kids in the background should be at school. The oldest, a surly looking youth of about thirteen, looks at me with distain then shuffles up the stairs with a violent unrestrained sneeze.

It’s too late to retract my arm without causing offence so it hangs there half-heartedly as the younger child, a girl of seven or eight, snuffles round her mother’s feet while her parent slides a snotty crumpled tissue up her cardigan sleeve and takes my greeting hand limply. It’s not a pleasant experience and I can almost feel the germs swarming across the barrier, gleefully.

‘They’re off school at the moment.’ Confirms the mother superfluously. I’m sorely tempted to do the, nothing trivial I trust? line, but as I’m after her business I swallow the thought, along with several million microbes, as the woman sneezes explosively and shrugs a weak apology.

‘Thought it would be a good time to get you round to value.’ She continues, as we move into an overheated lounge where a vast plasma, spewing out daytime television at high volume, dominates one wall. I’m briefly tempted to point out this is a market appraisal not a valuation, if only to please the bean counter boss and our professional indemnity people, but I can’t be arsed. She won’t know the difference any more than any other member of the public, unless she’s planning on taking her partner to court.

‘May I ask,’ I probe gently. ‘Why you are thinking of moving?’ It’s a soft tester to check motivation and find if she has mentally committed to a home change. If she gives positive feedback I might continue to risk the viral fug that’s undoubtedly swirling round the room, almost as unpleasantly as Jeremy Kyle is.

‘Me husband’s mum is unwell.’ Replies the woman as the little girl tugs at my trouser leg with a grubby hand. They normally wait until they die before spending the inheritance, I think uncharitably, as the girl sneezes again with no attempt to cover her nose. ‘And we’re thinking of selling both places and all moving in together.’ Continues the mother, shaming me slightly, as I try to move away from the inquisitive child without making it too obvious.

Buying with an elderly in-law, just because you fancy moving up the property market without increasing your mortgage, is a not an uncommon mistake. It usually ends in tears and recrimination and sometimes litigation. I’m not about to tell her though, as I could sell two homes and possibly find them one as well, plus her snuffly child has almost certainly occasioned another pricey dry cleaning bill.

The house is in need of some loving care and attention - which doesn’t seem to be lavished on the children - but at the right price, everything sells. The daughter has taken to following me round like a love-struck snotball as we pause on the dark landing ahead of a door swathed in Indie band stickers. A deep bass line throbs in tandem with my head, as the mother knocks loudly on the door and waits.

‘Can we come in Nathan?’ Pleads the mother loudly as I think just open the door you mascara-wearing freak, or you’ll be really feeling unwell. Eventually after several plaintive requests the music volume drops a notch and I quell my desire to kick the door in.

The room is swathed in dark, curtains pulled against the light like some wheezy vampire’s abode. The teenager is sprawled on a black duvet not even bothering to restrain his hacking cough. I can almost see those cartoon-like viruses, you see in medicine adverts, stalking towards me malevolently. I just know I’m going to encounter something unpleasant.

‘Why’s he have to come in here?’ Snarls the punk, who has probably never heard of Joe Strummer. Fortunately I’m used to rejection and it’s a question I was asking internally anyway - but I’m in the selling yourself business just as surely as any back-street hooker.

Felt the first prickle in the back of my throat as I locked the office door.

Apparently most colds are transmitted via contagion (touch) as opposed to infection (air borne microbes in tiny mucus parcels). And that hands that then go on to touch your eyes, notably the tear ducts, are the culprit.

Whenever in this situation, I never touch my eyes with my hands until I've washed them. Works a treat. But doesn't half make your eyes itch.

So many ill people this time of year! Is it worth carrying round some hand rub and some vicks SA?!

I want to sell my house fast.I am very worry about it.How i sell my house fast?In this sense which method will be best for selling with the help of realtor or through social media.Would you like to share you ideas.