Show Me The Way - Friday 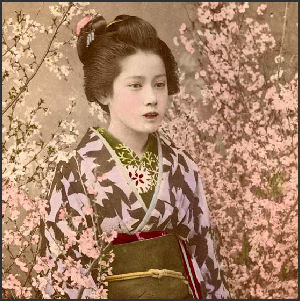 Trainee F comes towards me hesitantly. I encourage him to ask if he’s not sure as it helps minimise complaints and litigation. But sometimes his questions are so asinine I want to thump him. Sadly, punching staff is frowned upon by the touchy-but-no-feely human resources ladies. They suck all the joy out of the job – without the sucking, obviously.

‘What’s Feng Shui all about?’ F finally asks timorously. It’s a good question as it happens, but it elicits a groan from fat mortgage man M and a scoff of derision from B our lettings lush.

F looks at me pleadingly, as if I’m the fountain of all knowledge rather than a damp trickle of disappointment.
‘It’s an oriental thing,’ I tell him falteringly. ‘Supposed to tell you if your living space has good or bad energy.’
‘Bad if it has night storage heating.’ Chortles assistant manager T unhelpfully.
‘Worse if it has pylons running over the top.’ Adds M. ‘You might be able to charge your I-Pod by holding it out the window but you’ll still be glowing when you turn the lights off.’

‘It’s all bollocks.’ Sneers B, who is an expert on scrotum-scrutiny by all accounts. ‘I get them wanting to check the freshness of the energy in the rooms before they’ll rent.’
‘Be better of checking the sheets’ Laughs M.
‘And they get really picky about cul-de-sacs,’ continues B undaunted. ‘Blocks the flow or some such mumbo-jumbo.’
‘I thought cul-de-sacs were a good thing?’ Says F disconsolately.
Complicated business property.

‘It’s just this Chinese couple want to buy a flat but they need to know about the entrance and the Trinity…. isn’t that a film franchise?’
‘They’ll want to know which way if faces too.’ Contributes T.
‘South for the garden?’ Asks F hopefully.
‘No that’s for different punters.’ Says T with a hint of enjoyment.
‘Can’t they just buy it and redecorate like anyone else?’ Pleads F face crumpled in confusion.
‘Bad Karma.’ Opines M waddling towards the kitchen and more calories.

‘Isn’t Karma an Indian thing?’ Asks F dejectedly.
‘Or a curry house.’ Chips in T gleefully.
‘You just have to identify what the buying trigger points are.’ I tell F in an attempt at clarification. He doesn’t look convinced. ‘Find what are the deal-breakers and what are just wish-list things that they can compromise on.’ I continue, feeling belatedly I’m adding something to the conversation.

‘We had some Feng Shui consultant come in a few months ago,’ pipes up S my voluptuous negotiator. She’s definitely orientated the right way at the moment with that new blouse, and I can feel positive energy flowing in all the right places.
‘She was a nutter though.’ Interjects B from her lettings desk. ‘Those mad staring eyes and way too earnest. The sort that rearranges cushions when they come to your home.’
‘True,’ concedes S. ‘I might still have her business card somewhere though.’ She looks at me and adds: ‘Would you like me to ferret around for it?’

Some clever answers are better off not exposed to the air, so I decline.
‘Why don’t you look Feng Shui up on the Internet,’ suggests T. ‘It’s all available for free, then you don’t have to pay for a loony women divining for something with chopsticks.’

‘Just wheel them round the place and tell them if they don’t make their mind up someone else will have it.’ Snaps B ungraciously. Her lettings technique wouldn’t work in sales, at least not property sales. Her follow-up comment about take-aways and wanting another one an hour later caused a fractious discussion about inappropriate racially biased comments and political correctness, which left me grasping for the right orientation again.

‘I’m going out with the Wongs.’ Chirps F late afternoon. I junk the facile reply about spending more time with the Rights instead, as I can no longer tell what’s acceptable. I just know I need more deals.
‘Don’t waste your time if they’re self-employed chefs with less than three years accounts.’ Sneers M, rolling out another unwanted stereotype.

‘Are they happy about the energy lines then?’ I venture reluctantly.
‘Don’t know,’ says F. ‘But it’s the only one they can afford.’

Check out Agents Diary compilation on Amazon’s Kindle store. Free sample download available for pc, iPad, iPhone, android etc. All you need is an Amazon account and this link:

You made some good points there. I did a search on the topic and found most people will agree with your blog. Thanks