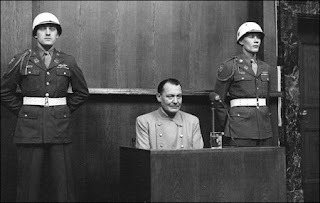 ‘That bastard Bomber brought the keys back for number 11?’ Asks assistant manager T with unaccustomed vigour. He’s referring to one of our least favourite surveyors – quite an achievement given the choice. Of course his given name isn’t “Bomber”, that would have taken impressive foresight by his parents….

‘Darling what do you think our little bundle of joy will grow up to be?’
‘Hmm. I’m thinking a joyless weevil of a man who’ll delight in dashing people’s dreams, criticising imaginary faults and dismantling weeks of work.’
‘You think he’ll be a Building Inspector?’
‘No dear, I was hoping he’d become a Chartered Surveyor.’
‘Bomber it is then….’

Of course our local sales-wrecker isn’t the only practitioner. He’s just one of the least sympathetic ones. Hence the nickname, as without exception he’ll downvalue the agreed price on a transaction and as an added bonus usually point out every last flaw and request endless third-party reports, before he’ll put his neck on the block and rubber stamp a loan.

‘He’s still got the keys.’ Answers trainee F after scanning the key book and confirming the set have been logged out but not in again. There had been a collective groan when Bomber arrived in the office with the lender’s instructions. Of course you stay polite to their face in the hope they won’t destroy this particular sale, but invariably this guy lives up to his name. I’m fairly sure he’s oblivious to the unflattering moniker, just as The Terminator and Dr Death are to their titles in town. Paradoxically, these guys are nowhere near as sinister in the flesh as their unofficial names might suggest. Think greasy hair, sports jackets, bad shoes and bad breath.

‘Why do the always trash deals?’ Asks F innocently and I hit him with a worryingly verbose litany of reasons, running the gamut of fear of being sued right through to fear of their own shadow. It spills from me in a vitriolic stream, like some possessed person in a 1980s horror movie, just stopping short of the head spinning.

‘If you always kill a sale, or ask for dozens of builders and engineers reports, you don’t get any come back from lawyers and lenders down the line.’ Pronounces T not entirely inaccurately.
‘What do you think he’ll say about number 11?’ Asks F wide-eyed.
T and I look at each other. He goes first.

‘Some evidence of wet rot, we recommend a builder inspects and quotes.’
‘Possible roof deflection.’ I follow. ‘But because of limited access to loft void a specialist report should be commissioned.’
‘The electrics appear to be coming towards the end of their useful lifespan but due to the limited scope of this survey a full electrical survey should be undertaken.’ Continues T theatrically, as F looks on in slack-jawed bemusement.

The little thespian-fest continues for some minutes – all salesmen being frustrated actors – until T finishes with a flourish. ‘And you can bet he’ll take between five and ten percent off the sale price just to cover his sweaty little arse.’
‘You can ask him yourself.’ Says negotiator S with a throaty chuckle that rumbles distractingly through her blouse. ‘Because here he comes.’
Many surveyors post the keys through the door after closing time to avoid the quizzing we’re about to administer. But Bomber has the skin of a Rhino. The door opens and I can almost taste the palpable hate in the air. He’s oblivious.

‘Everything alright?’ I ask, wincing internally, ring tightening, as I think of the fee I can’t afford to lose if he wrecks this sale.
‘One or two issues.’ Hedges Bomber as he hurries to divest himself of the keys.
‘Could you elaborate?’ I probe, as F takes the jangling brass, with corporate logo and internal security code, on the temporary fob.

‘I need to write up the report.’ Obfuscates Bomber, before asking. ‘Do you have any evidence of comparable sales at this level?’ He’ll be going to our competitors with the same question and they’ll doubtless try to convince him our buyer has paid too much.

‘Stick it back on the market?’ Asks T as Bomber exits.

"Of course our local sales-wrecker isn’t the only practitioner. He’s just one of the least sympathetic ones. Hence the nickname, as without exception he’ll downvalue the agreed price on a transaction and as an added bonus usually point out every last flaw and request endless third-party reports, before he’ll put his neck on the block and rubber stamp a loan."

Disgusting! HOW DARE HE DO HIS JOB PROPERLY!!!???

To play devils advocate S.A., if I were a First Time Buyer about to mortgage myself up to the hilt for the next 25 years, I would like to know the worst case scenario with costs/repairs needed with my purchase...

Worst case scenario Mr P?
You lose your job, can't make the payments and I repossess the property and flog it for 30% less than you paid for it - I can do best case if you like...
S.A.

Amazing how some folk just don't get it.

Sooner you lot are fully regulated the better.

Even better still, how about you ditch the 'acting for the seller' bit and go out representing the buyer instead? Stop peddling crap, and start trying to do a good days work for someone, who knows, perhaps you might rediscover job satisfaction and some happy clients.

The law requires an agent to act in the best interests of the seller. That's why SA, or any other agent, doesn't work for the buyer. As for peddling cr*p, an agent sells what their client gives them.

How about a little courtesy too, uh? Regardless of your thoughts about the market, it doesn't hurt to be polite.

My point is if he is so unhappy with it all, why doesn't he go out and start up as an agent acting for buyers? Sure, he wouldn't be an estate agent then, but he'd get a lot more job satisfaction negotiating deals for the buyers instead. Be a good guy for a change, and maybe, just maybe, have more fun at parties.

As for courtesy... well, this was directed at a chap who doesn't seem to bear much respect for either the others in his profession, office, or associated professionals, and very little indeed for either sellers or buyers. This being the internet and all, I rather thought my posting quite restrained.

I have to say that being a buying agent would probably be just as testing - if you can get the work, that is. It's localised at best & can you begin to imagine the dream house/limited budget scenarios? Another blog, I fancy...

As for SA & his respect for others. I can't agree with you. I'd see it more as weariness with the great human motivators - fear & greed. I'd be happy to deal with the guy, personally. Very happy indeed. I'd like to meet S too!!!

@ Rich B
Would you pay for a buyer?
Neither would pretty much anybody else so that business plan looks a bit weak

RichB sees a blog, reads the tagline - The weary musings of a time-served estate agent (realtor) somewhere in the UK.

RichB reads the rest of the blog.

Not sure what you were expecting?!

Lol S.A., the worst case scenario for me would be the house burning down with me in it, caused by faulty wiring...

Yes, I would. Someone who can filter out the kiteflyers, the garbage, the misleading, and the harrowing.

Someone who can deal with the various elements coherently while watching my back and allowing us to focus on earning money to pay for it all.

Someone skilled in negotiation, who can effectively even the currently massively skewed skillwise playing field.

Someone who can sift through the dross, show me a dozen good properties close to my spec that are genuinely for sale, and push that through so I just need to sign it off and pay for it - yeah, I'd pay money for that service.

Incidentally, I'm not outraged whatsoever. I am rather amused that someone who _seems_ to be so close to getting what has gone so badly wrong with the economy can't see that surveyors doing their job properly are one of the few things that can help it back onto its feet.