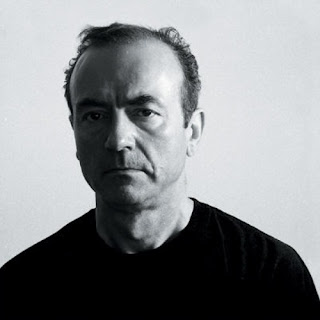 Revisiting old loves is fraught with problems. It’s the reason Friends Reunited peaked and plummeted after too many inadvisable liaisons, that only benefited estate agents and divorce lawyers. I should have known better.

‘This is going to be great.’ Enthuses my drinking buddy as we hurry through darkened streets and I try to calculate if we get mugged, or I get recognised, who’ll take the first knife blow. With my back, running is no longer an option so it’s a question of positioning for dark corners and blind alleys.

‘Great spot too.’ Continues my mate enthusiastically. ‘Never been in the front row before.’
‘I’m not sure that was such a smart move.’ I venture as a thin, but growing knot of people start to join out procession towards the theatre.
‘Nonsense,’ he continues undaunted. ‘We’ll be able to see without our glasses on and it’ll be loud enough.’

The first time I saw the band in question they were rebellious and filling big venues. Now, most of the founder members are retired or growing vegetables somewhere. Back then with 30-inch waist jeans and hair filled with gel - or sometimes gob - I queued for hours for tickets, despite my distaste for all things capitalist. This time round I ordered on line with my credit card and coughed the administration charges without spitting.

‘I just hope they’re not disappointing.’ I grumble as we make the foyer and I spot the audience demographic with a jolt. There’s a sea of bald pates, and more distressed denim than you’d find in a third world machine shop.

‘Shit they’re all about sixty.’ I murmur, shocked at the display of decay. You know you’ve aged, and my industry takes its toll more than most, but looking out you still fondly imagine you’re the same young punk who was going to change the world. This is like a giant, pitiless make-up mirror. I’m just glad nobody can see me.

‘Hello.’ Calls a female voice, before adding my first name ominously. My heart sinks and I wish I’d stayed at home. Fixed, commercial grin swiftly pasted on, I turn to see if it’s a buyer, seller or auxiliary professional who has tagged me. I’m badly placed to avoid a sharp blade as my mate has headed for the bar, oblivious to the danger.

The face is familiar, but I tend to remember bricks and mortar better than names. Fortunately she is sporting a lapel badge and collecting tickets. I see an ex-weekend staff member, who worked for me a decade or more ago. I conspicuously use her first name several times, but I’m sure she spotted me scanning her chest area before we made proper eye contact. She was always rather flirty, in a merry widow way, when we worked together, despite being a good fifteen years older. I learn she has retired and is just helping her daughter on the door.

‘Who was the old granny?’ Shouts my friend as we join the scrum for drinks in the incongruous interval. One where more people are having ice creams than alcohol. I tell him, ears ringing from the music, and he makes an inappropriate comment involving cobwebs and lube.

‘They look a bit crinkly on stage too.’ He continues as I people watch. Obsessively scanning for someone who might recognise me and someone under forty who isn’t with their parents.
‘I remember the lead guitarist when he had hair.’ I say morosely. I’m thinking we should have sat further back, where failing eyesight and imagination could have taken me back to the seventies less painfully.

The queue for the toilets is like a new homes retirement flat launch-day, with more weak bladders and prostate problems than a hospital’s geriatric clinic. Then, as I finally stand at a urinal, it gets worse.

‘Aren’t you the estate agent?’ Asks the grey-haired man alongside, to what sounds like more of a hiss than a gurgle, from the other urinators. I don’t want to discuss the state of the market at the best of times. Speculating on price movements to a man with a wrinkled pecker in his hand is a new low, even for me.

feel grateful this didn't happen to you!

Get a grip on yourself!

din't even know I wrote a blog!