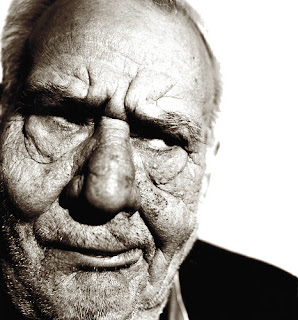 ‘So why don’t you like retirement properties? Quizzes trainee F without a hint of irony, but then he doesn’t do irony judging by the rumpled shirts…

‘Reminds him how close he is to qualifying for one.’ Chuckles assistant manager T. T has a point. When sheltered flats started to appear in the 80s the minimum qualifying age of fifty-five seemed a lifetime away. I could still pogo and The Clash were the best band I’d ever heard. The thought of ever needing a communal lounge and an orange emergency pull cord if I couldn’t lever myself off the dumper would have been anathema to me. Hope I die before I get old.

Now, of course, my perspective has changed a tad. Three decades of sales and a passably healthy bank balance have sapped my enthusiasm for anarchy and bondage trousers. I still play my music loud but my wife maintains it’s because I’m going slightly deaf. I don’t hear it myself.

Fifty-five is still ludicrously young to be thinking of incarcerating yourself in a glorified Holiday Express with a grumpy manager and runaway service charges – about twenty years too soon by my reckoning.

‘I just think they are over-priced for what you get.’ I tell F as he nods vacuously. He’s not taking it in. He doesn’t take much in as far as I can gauge - other that cigarettes and alcohol. But that’s what you get for not having a minimum standard of entry to the profession.

‘Wouldn’t catch me dead in one of those places.’ Contributes morbidly obese mortgage man M. Probably won’t make the qualifying age, no matter how low, I think uncharitably as I wonder how he’d ever get past the actuaries if he tried for critical illness cover – they don’t like paying out.

‘Have you noticed how they always smell of cabbage in the corridors?’ Asks T, brow wrinkled. Of course I have, I’ve commented on it often enough, that and stale urine. The lifts are no better and the fact some have a bench seat, in case you feel light-headed and need to sit down while the cheap hydraulics wheeze you towards your final destination, isn’t too chipper either.

‘So why do old people buy them then?’ Asks negotiator S sweetly.
‘Because they’re shit-scared of dying alone.’ Snaps lettings lush B with feeling. She’s been through another Internet-sourced boyfriend again - or more likely he’s been through her - and she’s not been in the best of humour. The drinking before lunchtime probably doesn’t help.

‘It’s for security and companionship, I guess.’ I tell S, always happy to help with her education. ‘It’s just you pay a premium for it and with the re-sale values the only way you are getting out is horizontally.’
‘I don’t get it.’ Chimes trainee F.
‘On a stretcher.’ Enlightens M, before waddling towards the kitchen. I think he’s wearing a groove in the carpet.

‘So what would you do then? Presses F and I realise he’s talking to me still. The implication being I’m the one most likely to be hankering after a closed-community of incontinent bores all talking endlessly about their wonderful family, who probably never come to visit them.

It’s a better question than F usually posits. Going to Las Vegas and hiring a couple of hookers to help me blow my way to oblivion has crossed my mind on more than one occasion. It certainly beats the sad procession to a Swiss flat for a final take-away meal and some barbiturates. But as M’s insurance drones with the life expectancy tables would tell me, the reality is I’d be long gone and it would be my wife making the last property move without me.

‘Probably hang on in my house until I can’t manage the stairs.’ I eventually tell F morosely.
‘Then start pestering estate agents for bungalows close to the doctor’s surgery, that don’t exist.’ Adds T brightly.
‘Come in the office every morning to register forgetting you’d called the day before.’ Says S with a smile.
‘And then have a nasty fall.’ Laughs F to an ugly silence.

It was about time he did another leaflet drop.

These types of property are popular for a reason.. The lazy stereotyping of older people in your blog shows a lack of knowledge about and respect for the older generation.
We are all going to get older, is one of the only things that everybody has in common.
Denigrating a "Retirement Community" seems odd, when Estate Agents promote areas' as "good for young families" or "Popular with Young Professionals".

Birds of a feather flock together. It's why every high street in Britain has all the estate agents on one road!!

"a minimum standard of entry to the PROFESSION"

Now THAT is the biggest joke you've ever written.

Best Agents Diary entry ever! I usually find your posts amusing but this one actually made me laugh out loud. Keep up the good work.