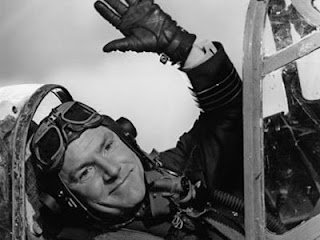 There was a time in a long-distant past when hope briefly overcame reality, when I aspired to be something more than a house-flogger. A childhood fantasy about flying a plane – maybe to find where my father had got to – flickered for a while, until my remedial-level maths ability made it clear that calculating fuel loads and navigating complicated sectors might be a little tricky when you ran out of fingers.

I have an accomplished looking brief case though. One I bought for more money than I could afford at the time, in the hope the sturdy Samsonite casing and discreet branding might just afford me some professional respect. One that if you didn’t look too hard at the leaflets, touting letters and sole agency contracts when I opened it, might just – to those with poor eyesight – fool a casual observer in to thinking this guy could handle an Airbus, not a No.7 bus.

‘Just off on that valuation.’ I tell assistant manager T. Idiot trainee F looks hopefully towards me, like some simple Labrador wanting exercise and possibly a shit in the park, but I shake my head. Too messy to take him on this appointment, I’m up against at least two other agents and the slightest slip-up might cost me the business. A borderline imbecile knocking over another vase, or treading on the cats tail again isn’t going to tilt the odds my way.

‘Next time.’ I tell F disingenuously. He may be stupid but even he doesn’t swallow that one.
‘You cross-checked?’ Asks T with a hint of mockery in his voice. I made the mistake of confiding my aircrew dream to him after a good week and too many celebratory beers. Now it’s a standing joke involving weak references to final approaches, barrel rolls and duty-free-drink trolleys.

I humour him and more importantly prepare myself, as I ping open the now slightly war-worn case – the initials on the top were a mistake – and make sure I have everything I might possibly need to secure the business. Agency forms, business cards, camera, spare battery and memory cards, steel tape measure to augment the garden-length fibre reel-to-reel one I keep in the car - even that laser measure I never got used to and still don’t trust.

‘Spare pens?’ Asks T grinning. I nod. ‘Comparable sales evidence?’ Affirmative. ‘Right Move data?’ Again I confirm with the gravitas of an experienced captain ready to select maximum thrust and take to the air.
‘You’d better shift your car quick.’ Announces a breathless M, the rotund mortgage man, as he puffs through the door. ‘Traffic warden is on the prowl.’ Fantasy shattered I leave in a hurry.

He’s across the road as I limp towards my car. On refection the bad back wouldn’t take too kindly to ten hours sat on a flight deck, so it’s just as well I’ve a patch a few square miles wide and a mid-range motor to navigate. The warden sees me and quickens his pace. It’s like some surreal Mexican standoff as I rush towards my vehicle - one that’s overstayed for at least ten minutes - and he tries to make the killing zone before me.

‘Just moving it.’ I wheeze in empty triumph as I click the key fob and the hazard lights flash in acknowledgement of my shallow victory.
‘You lot are chancing your arm.’ Growls the charmless man as he squints at his hand-held ticket disgorger, then checks my registration number against a pad with arrival times on it.
‘Surprised you don’t know our numbers by heart.’ I snipe, firing the engine and inching forward to prevent any doubt, window down.

‘I’m just doing my job.’ Retorts the fascist, as I suppress a reply involving Nuremberg trials and a final solution to parking problems.
‘So am I,’ I eventually spew, lamely. ‘But if the council had their way there’s be no businesses left in town.’
‘Just shift it.’ Instructs the man curtly, customer services clearly not high on his agenda.

The valuation is a waste of time, another idiot in denial - wanting to fly a kite on price.

An interesting choice, who do we despise the most?

If you'd managed to wangle a politician into it as well, you'd have the trifecta.