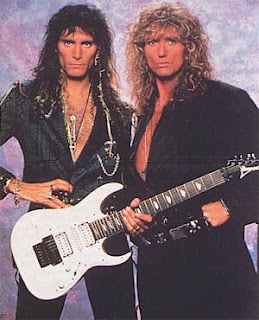 I’m first in to work for the New Year - first in to work every day, week, month and year. I wish I had the illusionary self-confidence those business trouble-shooters possess. The type who never stay for more than eighteen months, take a vastly over-inflated salary under the guise of restructuring an organisation, then asset strip and cut staff to the bone before moving on to another gullible firm before they are rumbled.

Scrolling down my e-mails I see the bean counter boss has finally forwarded the budget figures for the coming twelve months. They are a bigger work of fiction than J K Rowling has ever managed – and in truth I’d need to be some sort of wizard to achieve them. My original projections have been virtually ignored, or perhaps on reflection just rounded up by some formula I’m to number blind to see. I know they are pretty much unachievable though, short of the sort of turnaround only Liverpool supporters believe in.

I’m stuffed. And I’m not just talking game bird overkill and too much Quality Street, although my waistband is tighter than a duck’s rectum. After studying the spreadsheet the bean counter has produced over the holiday, my own rear is as puckered as a pensioner’s pout – unless it’s the leftover turkey curry my wife made last night.

Assistant manager T ambles in as I stagger back into the main office, bead of sweat on my brow, gents’ toilet out of bounds until some time in February.
‘Happy new year and all that guff.’ He offers dispiritingly before catching sight of my face. ‘Blimey has someone died?’ he asks quizzically. Someone has as it happens, but my own demise is also being hastened by endless spirit-whittling memos, a thousand demoralising rejections and decades of ignored budget projections - I decide to spread the good cheer and toss him the printout.

‘Are they having a laugh?’ T rails having seen the numbers the bean counter is demanding.
‘It’s never been any different.’ I tell him wearily as mortgage an M waddles through the door. I’m feeling heavy but his voluminous belly seems to enter the office a good few seconds before the rest of his sweating bulk. I’m tempted to make some witty reference to Atkins diets and lean times ahead, but I no longer know what’s acceptable in the workplace. What used to be gentle encouragement to do better and a tap on the arm, is now bullying and inappropriate touching.

The door swings again and in comes a radiant looking negotiator S and the unhelpful internal dialogue about inappropriate touching has to be banished completely. I want to leave, but not like that. Not in complete ignominy. Not after another industrial tribunal.

‘We can’t do those sort of figures.’ Proclaims S huskily in a voice thick with seasonal flu. One that might earn good money on a premium rate phone line if I could just set one up and route the figures into our profit and loss account. It’s just selling at the end of the day.

‘We’re all shagged.’ She concludes unhelpfully, as lettings hussy B stumbles in the door. I’m not convinced B’s changed her blouse since Christmas Eve and it’s a pretty safe bet anybody who, in a drunken haze, thought they’d pulled a cracker was sorely disappointed when they discovered just what kind of gift is given away for free.

‘No chance.’ Spits B once she’s seen the lettings department projections, before adding.’ What do they think I am?’ I shake my head sternly towards T as he moves to make a cheap response. He needs a Blog if he’s going to avoid lengthy meetings with Human Resources and several re-training courses. Experience counts for something.

‘Have you seen the office budgets?’ Asks the bean counter when he rings. ‘They’re the bare minimum. I want you to add 5% to calculate office and individual targets.’ Clearly world recession, banking instability, regional redundancies and a piss poor property market has passed him by. That’s what you get if you spend all your time in your office jerking off to large-columned Excel spreadsheets.

'World recession, banking instability and a piss poor property market' - I guess your Vendors haven't noticed either, mine certainly won't have! Didn't Coverdale front Deep Purple for a while? That'll be the colour of our respective bean counters faces when they see this years shabby results trickle in. I've a pipeline smaller than my credit card bill and a sales Matterhorn to climb. Again. I ran out of excuses some time in 2008 and enthusiasm a little before! Happy New Year SA, what can possibly go wrong?!?!?!

If you start having to sack people, mark my words it's just a cruel trick before you yourself are sacked.

Try and avoid doing it for the coward bean counter and keep your dignity. Chin up.

I just had a thought. You better hope for a poor year for property or your writing talents will no longer be needed.

I am reminded of the highly successful "Diary of a Day Trader" popular in the Daily Telegraph in about 2000 I believe, where people managed to acquire significant amounts of schadenfreude entertainmant for the cost of a few pence. It was the element of selling the family house for capital just as the internet and Millennium stock market boom was turning to bust.

Not a dissimilar position to your own. But where is the Diary of a Day Trader now - on the scrap heap as the market recovered.

Such sceptiscism is it really like that in the employees world ?