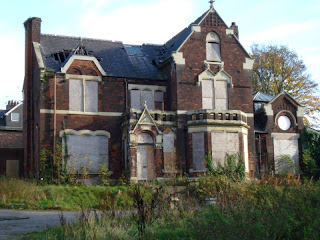 ‘Heads or tails?’ I call before sending the coin spinning towards the fluorescents. As assistant manager T makes his choice I’m vaguely aware I’ve reached a new low, as all eyes are raised heavenwards. Even so, I’m willing the decision to go against him.

Slapping my palm down on the ten pence piece as it lands, I pause for a bit of theatre and catch the eye of a woman looking through the office window with a confused frown on her face. As she won’t be the last, I press on and can’t help myself from letting out a yelp of triumph as chance finally smiles on me. It’s a hollow victory though, as everyone watches to see if I’m going to stitch T up.

‘You sure?’ Asks T frown now deeper than the woman outside watching this pantomime. And I nod and move to collect the valuation form. Never ask staff to do anything you’re not prepared to do yourself, has long been one of my touchstones – it’s probably why the bean counter boss deems me a failure. ‘Nice one.’ Trills T before skipping towards the kitchen and I’m already regretting my philanthropy.

There are some properties you just don’t want on your books. Where the grief in trying to sell them will outweigh the chances of actually making any money out of the process. It might be a sectionable vendor who’ll be strapped into a straightjacket before they leave the building, an area prone to wall-crumbling subsidence – or in this case a block of flats with a rogue freeholder.

It’s not that you can’t entice people to make an offer -given a seemingly attractive price - it’s the pre-contract haggling that follows which will almost certainly undo you. The lunatic vendor will impose all sorts of increasingly cranky conditions before pulling the plug on a deal at the eleventh hour. The surveyor - or the lender - will scupper any chance of progress where subsidence is concerned, pending protracted negotiations with dilatory insurance companies. And the malicious freeholder will just refuse to answer any correspondence.

You should have let T do this one, nags the inner voice as I park-up outside the crumbling Victorian pile of cheaply converted flats. A wobbly stack of overfilled black rubbish sacks are slumped by the gatepost and a mangy looking dog is sniffing half-heartedly at the contents an urban fox has almost certainly split open previously. Even in a good market this would be a hard sell. I’m already imagining how blandly non-committal my property details will have to read to avoid prosecution by the trading standards mafia.

‘We just want out.’ Proclaims the husband as his wife nods in agreement. I can understand why. After zigzagging past a rusty bike and an ancient pram in the dingy communal entrance hall, I’ve climbed asthma-inducing steep stairs to the eyrie flat, fashioned by a greedy developer out of the ancient servants quarters and what should be the loft space. ‘I mean look at this,’ continues the man pointing to an ugly bloom of mildew seeping through the plasterboard. ‘We just can’t get the freeholder to do anything about it.’

‘And when he does respond to letters we end up with the service charge going through the roof.’ Says his wife glancing at the damp angled ceiling and shrugging in resignation, before spitting. ‘I think he runs the cowboy company who do the little work actually done on the place.’ Almost certainly, I think, trying not to look at my watch conspicuously.

I’ve wasted enough time. They should try and buy the freehold and take control of the building, but with an absentee landlord intent on bleeding every last penny out of the building and no doubt bickering lessees unable to afford to cough the cash, or reach even the most basic consensus, it’s a battle I’m not willing to fight for them. The lease length is also at the stage where lenders won’t want to advance a mortgage without an extension. I quote a wince-inducing price and an equally eye-watering fee.

Think I’ve put a dampener on their plans – things will be up in the air for a while.
Posted by secret agent at 8:47 PM