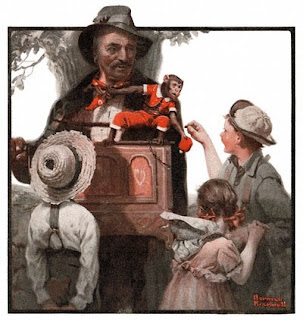 I’m loitering with intent at the back of the office while trainee F talks to a middle-aged couple – you need a few decades and an inheritance behind you to get on the property ladder nowadays. I’m listening to his performance, yet he seems blissfully unaware. That’s not a good thing in his case.

You can sit in antiseptic training rooms, act out arid role-plays and write as many bullet points on flip-charts as you like, but without the basic street-wise skill of a natural salesman, a listener as well as a teller – you are pretty much screwed.

‘So would you say this is good value?’ Asks the greying-at-the-temples man astutely, waving a set of our details in F’s face. It’s a killer question, one that mortally wounds F’s fragile veneer of competence. He turns suddenly towards me – scuppering my belief that he was oblivious to my presence – and asks absurdly, the very same question.

What am I supposed to say? Firstly I listed the home, against stiff opposition from several other agents, secondly the asking price we finally agreed on reflected the inflationary pressure that situation pumps into the process, and thirdly I want to sell the bloody place. Need the commission.

‘It’s certainly a sought after area.’ I obfuscate. It’s a crude deflection tactic that has F nodding in agreement but the man frowning. Before he can speak again I add. ‘And of course it’s within a very good school’s catchment area.’ This aimed directly at the wife. Now she’d nodding in affirmation as I step back to the diary, make a charade of checking for gaps and volunteer. ‘We have a spare slot later this morning, or one late afternoon. Which would be best for you to view?’

It’s an open question, and an illusion of demand to fuel the potential buyers’ interest. It’s also an opportunity to keep them away from the other agents and a chance to wheel them into bloated mortgage man M’s sticky paws.

‘What type of construction is it?’ Asks the man, ignoring F completely now and conversing with the organ grinder. I try not to let the internal wince manifest itself on my face. Years of practice help, but the slightest flicker of doubt can be read for those looking for signs.

‘It’s conventional.’ I say flicking at the diary and hovering my pen expectantly. Hoping to get some commitment, hoping he doesn’t probe further.
‘Let’s look darling,’ suggests the wife winningly. ‘If it’s in demand we might miss the chance.’ I could almost kiss her, except Frenching fiscally fit females, even those with nothing to sell and a hearty deposit, is frowned upon.

‘So it’s not timber frame then?’ Snipes the man. And now all thoughts of snogging his wife are vanquished by the urge to smack him in his smug mouth. Yes, it is as it happens. And yes I wouldn’t buy it either, but that doesn’t pay my own stratospheric home loan.
‘It’s a well respected and common building technique.’ I offer vainly, as the couple exit stage right.

‘So what is wrong with timber frame then?’ Enquires F earnestly, as the just departed pair cross the road into our direct opposition’s office. So in the absence of a further diversion and to avoid the e-mails backing up on my computer, I tell him.

Traditional double-skin build, is brick, or brick and block. In the late seventies an accelerated construction method favoured by the Scandinavian’s brought timber frame - an internal skin of pre-fabricated wood panels, with an outer cladding of brick. Improved thermal insulation and faster erection times benefited the builder, as long as they put them up properly. Poor site techniques and water-compromised panels caused bad publicity and inherent damp issues that I still remember.

I prefer my property to have the comforting stability of something more solid than Norwegian pine. The sort of rigidity that might cause some fancy Dan karate expert to pause before chopping a block or two. The inherent stability that might persuade a passing wolf to keep going towards the straw house, where a large–lunged lupus could swiftly relocate, relocate, relocate.

But as my boss regularly reminds me - I’m old-fashioned.

Bathrooms in timber frame houses are a very weak spot. Tiling over plasterboard does not make it waterproof. Because the builders of timber frame buildings were looking to make properties on the cheap they always come with at least one absurdly tiny bedroom. Awful.

Wouldn't buy timber frame myself, agree that it is an indication that the builder is looking to skim on costs.