Take After Each Movement - Monday 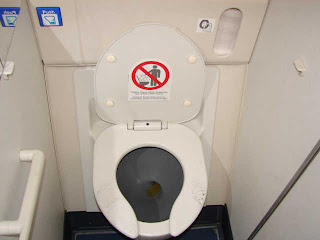 Obviously it’s been building for several days, but I manage to last towards the end of our sojourn round Europe before I crack.

‘Where are you going? Asks my wife suspiciously. With the children too old to accompany us now – the first time we’ve been abroad together and alone for two decades – I’m under maximum surveillance. My muttered obfuscation about stretching legs and fresh air is treated with a contemptuous steely glare. She knows.

‘It can wait.’ She states icily. ‘You’re not indispensable.’ I’m all too aware of that fact, it’s the reason I’m slinking to the hotel Wi-Fi hot spot. An airless, joyless little anteroom, where gaunt-faced executives who can’t switch off, scroll through their work e-mails like shaky-handed addicts, desperate for a fresh fix even though they know they’re destroying themselves.

Needless to say, thirty minutes later I despise myself, and the downer kicks-in with even greater intensity.
‘Surely they don’t need to copy you in on everything, even when you’re on holiday?’ Asks my wife naively. Of course they don’t, but e-mail is the ultimate butt-coverer, an all too easy push-button excuse to pass the buck - or at the very least spread the blame around.

I started the combined city break contemptuous of the haggard executives, scrolling through their BlackBerry screens agitatedly before the pilot instructed them to switch off. They were surreptitiously firing the devices up again even before we’d taxied to the terminal the other end. Of course hypocrisy has an insidious way of reeling in the scorn-giver and turning them into another dupe. Now I’m checking news from work as avidly as any other. It hurts. But I can’t stop myself.

‘Don’t walk on too far.’ Pleads my wife as I realise I’ve wandered ahead and now look like a lone tourist in the sanitised but still notorious red light district we’re visiting. Visiting at a safe time of day, where the Japanese coach parties can pass through unmolested as long as they don’t take photographs. Then someone taps on a window.

Now I’ve been in this game for long enough to realise that when a pretty girl smiles and beckons me, she wants something other than my body. Plus, normally they’re not in their underwear when they want me to hold a property for them and not show favour to any one else – although there was that one time…….

‘I don’t know how they can do that.’ States my wife prissily as she catches me up, grabs my arm proprietarily and ushers me past both the prostitute display window and the next-door S & M leatherwear emporium.
‘It’s just marketing.’ I tell her absent-mindedly, wondering just how the complicated harness in the window fits together? With my DIY skills, willing or unwilling participants would be asleep before I’d finished assembling – and doubtless there’d be several easy-wash bits left over.

‘Anyway.’ I tell my wife as another scantily clad lady grins at me from behind a glass door. ‘We’re all selling. Just because I just don’t need a condom it doesn’t make me feel any less used.’ Before she can respond we’re out of the red light district and incongruously, but not unexpectedly now I reflect, I’m staring in an estate agent’s window. The goods on display are less animated and the prices more up-front, but it’s a thought-provoking juxtaposition.

Another pretty girl smiles my way as I peer in the window and slightly shamefully, I’m reminded why I placed negotiator S front of house in my office.
‘My God you never stop thinking about it do you?’ Chides my wife, throwing me momentarily. I decide it’s time for lunch. The shellfish was a mistake.

‘You can’t leave your seat now the seat belt light is on sir.’ Instructs the stewardess officiously as my stomach lurches in time with the yawing and pitching plane.
Her smile and tone are as artificial as her breasts. Juts like the Amsterdam hookers, saying the words and not meaning them will leave you exposed eventually.

As my wife waits by the carousel, I unload as noisily as the baggage handlers outside. The sign says: Anything To Declare? It would take far too long.

Welcome back.
Posted by secret agent at 6:46 PM

I'm due to go to Inverness for a week and am going to find it difficult too, hard to leave the office and not think about it.