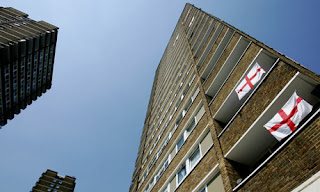 ‘Have you seen this nonsense?’ Asks assistant manager T more animated than usual, at least before his third cup of coffee. And he snarls out the bean counter boss’s name then adds a suffix I’m pretty sure the vicar didn’t use at the figure fornicator’s baptism.

‘You can’t call him that.’ Grumbles mortgage man M as his vast stomach does the same.
‘Not without videoed proof.’ Chips in negotiator S with an engaging chuckle.
‘Have a look on YouTube, ‘Snipes back T. ‘There are plenty of other tossers on there, chances are someone’s uploaded his last sales meeting.’

‘Well have you seen it?’ Demands T, waving a flimsy curled sheet of A4 towards me when M has galumphed away. Of course I’ve seen it. I fulminated impotently over the absurd pedantry a good twenty minutes before T arrived at the office. I just chose not to waste paper - or give an inky validation to the memo - by actually printing the crock of shit.

I hate e-mails. I yearn for the days when if you had something worthwhile to say, the built-in time frame required to either send a memo by post, or ring the individuals concerned personally, caused you to pause and maybe reconsider. To actually think if the communication was worth releasing to the wider world. Yet, like an itch that must be scratched, I still read every one. And I still don’t empty the recycle bin. Just in case.

‘He’s a killjoy.’ Complains T. ‘Everyone else will be watching.’
‘I don’t know why you’d bother.’ Contributes lettings lush B. ‘It’s always a letdown every time.’ And she pauses before adding caustically. ‘Most things with men with their trousers off are.’

The bean counter has found it pertinent to remind staff members during the World Cup not to overtly support the England football team, in the shape of window stickers, wall charts, or those cheesy flags individuals are now flying from their car windows, making the dual carriageway of a morning look like some poorly-armoured desert advance.

‘It’s patriotic.’ Rails T.
‘Apparently it might cause offence to minorities.’ I remind him. Disliking the flags if truth be told, but disliking the bean counters micro management even more.
‘Does this mean I can’t bring my portable television in then?’ Asks T moodily. Four years ago - God has it bean that long? – we watched a grainy picture via the coat hanger of an aerial, while lurking out the back in the kitchen. Of course it all ended badly. There’s always a penalty.

‘If you are that desperate to watch it, make up a couple of fake appointments and sit in one of the furnished properties.’ Suggests B filing her nails languidly. ‘I’ve got a client with a huge 50 incher.’
Sometimes you have to just keep your own counsel, despite the urge for an easy laugh. Perhaps the human resources lesbians are finally getting to me? Although sadly, not in a good way.

‘We’ll spin in here and get a couple of flags.’ I tell T as we pull-up outside a convenience store later, en-route to a valuation where I feel the need for someone riding shotgun.

‘I don’t get it,’ quizzes T as he unwraps the cellophane. ‘I thought these were a no-no.’
‘It depends where you are going.’ I coach. And I explain, that like the Armistice day artifice where you sport a poppy in your lapel for the right demographic of punter, a plastic St George’s banner is almost compulsory where we are going.
‘Clever.’ Acknowledges T. ‘Psychological bonding with the potential vendor?’
‘Hadn’t thought of that.’ I concede. ‘Just don’t want the car keyed again.’

Sure enough the 1960s built ex-local authority enclave is swathed with both satellite dishes and England flags. It’s a lazy stereotype I know, but then I don’t make the rules. And I still don’t know why most of the white goods are on the front lawn rather than the kitchen. They just are.

‘I think we’re gonna do it this time.’ Predicts the owner, pen hovering over my sole agency form enticingly.
‘Me too.’ I lie.

I win this one - yet still fell like a loser.

With respect to the penultimate paragraph, did he mean win the world cup or you actually selling his, er, des-res?

Hi,
I like this post.Did he mean win the world cup or you actually selling his,er des-res.
Thanks for sharing this information with us.
Indian Real Estate Agents

Hey SA! Was that last comment a reaction to your fine work or my humble witterings? Are you prepared to do a fee split on that one?!

You don't become an Idler without wanting to get something for nothing you know. 60/40.

Blog on hold for football frivolity?