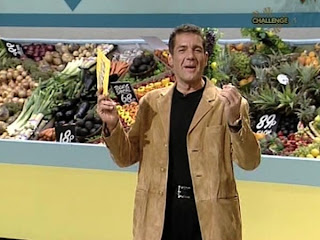 ‘How much?’ Grumbles a potential vendor when I give him the news. It’s one of two things and as we’ve agreed on an asking price for his home, it’s the other one.
‘What exactly do I get for that ludicrous sum?’ Continues the man, hitting his stride and an easy target, simultaneously.

People don’t like paying our fees at the best of times. They only see an iceberg-tip of what we actually do, so invariably they begrudge the hidden bit. The 1.5 – 2.0 % of the selling price - oh and plus VAT for those nice guys at the treasury, who look after our cash so efficiently.

Patiently, I run through the service again, majoring on the fact that apart from Home Information Pack charges, he won’t be paying a non-returnable up-front fee, in fact, won’t be paying a bean until we sell his pile. Sell at a price he’s happy with, taking into account our costs. He doesn’t appear convinced and raises a perennial problem - the bargain bucket operators. Only this time it’s not some shitester with a cheap suit and a short-term tenancy in a tertiary retail area. It’s another of the major supermarket players, dipping their corporate toe again.

Like winter flu, this flawed business plan comes round with remarkable regularity. They’ve all tried it and without exception shut the operation down again, only with a lot less fanfare than the launch. I should go into consultancy, I really should. Turn up for the new projects steering group meeting and like some doom-laden Jonah point out to the earnest MBA wielding graduates, that estate agency is a whole lot harder than flogging baked beans on a two-for-one promotion. Then, of course, charge them a fee.

‘Did you know another soddin’ supermarket is launching an estate agency service?’ I ask angrily when I march back into the office. I’m greeted by a sea of dumb looks - which happens a lot.
‘It’ll never catch on,’ Predicts assistant manager T when I’ve blown myself out. ‘You’ll probably have to self-scan your mortgage valuation.’
‘Yeh,’ agrees negotiator S, nodding her head and pretty much everything else, vigorously. ‘Then when you think you saved some time - beaten the queue - that light will turn red and some automaton will call out: “ Unexpected item in bagging area, please wait for assistance”.’

‘True,’ I muse remembering the one time I was stupid enough to use the much-despised, assistant-free service. ‘Then you’d have to wait for some acne-riddled pubescent to explain how you replace wall-ties, while keeping a faltering chain intact and fobbing off a string of stressed people wanting completion dates to match their planned wedding/holiday/divorce.’ Now we’re all laughing at the absurdity and an extended skit comparing arriving in one of those ghastly logo-embossed Minis, to shipping-up in a refrigerated delivery van, plays out until the phone rings.

‘Was it in your paper?’ Asks T later and I tell him no. ‘No probs,’ trills T. ‘I can look it up on-line for free.’ And in two clicks he’s found the offending article for us to crowd round and ridicule.

It occurs to me, the paper publisher has a business model that could be mortally wounded by cheap - or in this case free content - undermining its core model. Unless they find a way to charge, they could end up as obsolete as a print-setter. Or an estate agent.

I’ve seen off a good few competitors in my time, some would say more by inertia and lack of ambition, than business acumen, but I’m still here. There’s no doubt the public would love to circumnavigate our service, if a cheaply-sourced board and an internet advert was the way to move house. I don’t think it is.

But perhaps complacency did for the lamplighter? Will the stack-em-high behemoth get it right this time? They’ve encroached on the banks’, pharmacies’ and opticians’ businesses, but somehow I don’t think this is about to make me go the way of the village blacksmith and milkman.

Worse case scenario: I could stack shelves and then if a customer wanted a deed of variation explained, I could assist before directing them to - Bog Off.

An amusing take as always. I think iSold is definitely going to accelerate the speed of change in public acceptance of different agency pricing models.

Agents couldn't haved asked for a clearer differentiator though!

Completely agrees with your thoughts, it think it`s better..