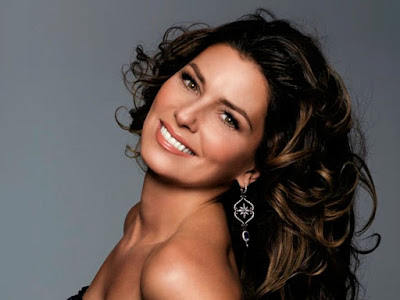 'Here comes the village idiot.’ Announces assistant manager T, moving from his vigil at the office window and scuttling back to his desk.
‘Do you want to narrow it down a bit?’ Says loose lettings lush B, shaking her head.
‘Technically it’s the town nutter, rather than a village loonie.’ Adds fat finance man M, en-route to the kitchen.
‘You lot are so nasty,’ say negotiator S with a more alluring shake than B managed. ‘Most of these people are just lonely.’

S is preternaturally optimistic, an admirable trait given our profession, but it can’t last. We get far too many disappointments and setbacks to remain that upbeat for ever.

I move towards the window to see which particular loony tunes is heading towards our office. Ever since the local authority cut funding for the old unstable and lost, then called that lack of funding and compassion, care in the community, the trickle of muttering nut-jobs has become a torrent. And with all the local libraries shutting they often head for any shop or office without one of those security guards, the up-market jewellers have on the door.

‘It’s old mother Tucker.’ I say glumly. It’s not her real name obviously, but it stuck after T bestowed the moniker on the sad old crone after her third visit in a week, wanting to find a bungalow to suit her infirm husband. He’s been dead five years now, but just like the fact that she won’t find a single-storey dwelling to suit on her budget, it doesn’t seem to register.

‘What is it with these people, don’t they have homes to go to?’ Questions trainee F.
‘Only empty ones.’ Answers S, with the sort of compassion that means she can be the one to talk to Mrs Tucker for the next twenty minutes.

‘My theory remains true.’ I say, wistfully.
‘What theory is that?’ Asks M waddling back from the kitchen with a mug of tea, three sugars, and nothing for anyone else.
‘The eighty/twenty rule.’ I tell him hesitantly, starting to realise this might not go well. Even with my maths the office numbers mean some offence will be taken.

‘Eighty/twenty rule?’ Quizzes S, with a pretty pout.
‘He means eighty percent of the people you meet are idiots, charlatans or time-wasters.’ Enlightens T.
‘I’d say higher than that.’ Adds B.
‘But,’ begins F hesitantly, looking round the office. ‘Doesn’t that mean……’
‘Too small a sample to provide a reliable survey.’ I tell him hurriedly, as the door opens and in stumbles Mrs Tucker.

I know it’s sad. I know these people are damaged and chronically lonely, but if I wanted to help the community that much I’d have become a social worker. Talking to oddballs and the emotionally unstable is only an option if they have a home to sell, or rent. Failing that they can push their empty pram somewhere else. It doesn’t pay my bills.

‘So you want something with no stairs, then your husband can live and sleep on one level?’’ Says S patiently.
He won’t be living anywhere. And his only level is six foot under - or the mantelpiece depending on how they dispatched him.
‘And he likes to be able to look out at a garden.’ Adds MrsTucker, with a faraway, gummy smile.
The mantelpiece then.

‘You will post me details if something comes along, won’t you?’ Pleads the sad old woman, as S gently ushers her to the door. This is the last generation without email and internet.
‘I have your contact information.’ Answers S, slightly disingenuously. It’ll be in the bin before Mrs Tucker is through the door of our rivals.

‘Or you could ring me.’ Suggests MrsTucker hopefully. ‘Only I don’t always have my hearing aide in on account of the battery running down.’ Perfect.

‘God save us from the mentalists.’ Says T, after the old woman has gone.
‘Don’t judge, that could be you one day.’ Chides S.
‘Only if he has the operation.’ Says B, with a laugh before adding. ‘And it’s becoming very topical, you could probably get a grant.’