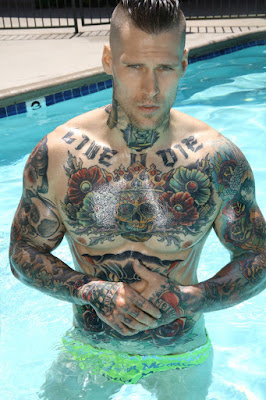 Fifty-odd weeks of the year, there’s a game I play when not actually visiting their homes, or being polite to them in the office, that works well when people-watching. Try it, if you like, I’ve not filed for a patent.

Take any outside situation, be it cafe, park, beach or just avoiding the crowds in Oxford Street and ask yourself as people walk towards you, would I talk to them on holiday? It might be an indictment of me or more likely the general public, but ninety-nine times out of one-hundred, as I search for fashion sense, self-awareness and a hint of intellect in the eyes, it’s a big fat, badly-dressed, overweight no. So when you do actually go on holiday, be prepared for quite a few dinners for two.

‘Look at the state of that.’ I  whisper to my wife, as another obese Brit in unsuitable swimwear waddles past me at the pool.
‘Shhh. You are so judgemental.’ My wife replies. ‘They might be nice once you get to know them.’
‘I have to deal with knobs all day long at work, I’m not going to start conversing with them voluntarily.’ I say. ‘Particularly when you can actually see their knob.’

What is it with old men and Speedos? If I wanted to see wrinkled willies thinly-encased in over-stretched lycra I’m sure there’s a specialist website, but I don’t - particularly when I’m trying to relax on a sun-bed and read my Kindle in direct sunlight. And don’t even start me on thongs. If you meet complete arses every day of the working week, there’s no need to ever see another one.

‘Don’t you despair of the human race?’ I ask my wife, as I wave for another ice cold daiquiri - a sort of slushy for adults that I’ve become rather fond of. Well, as you can no longer drink at lunchtime in a working week, there’s something pleasantly decadent about getting quietly pissed, then sleeping in the afternoon, knowing everyone in the office is stressed and sober.

‘You just don’t give people a chance.’ My wife responds, wearily. ‘I do, I just don’t really believe in them until they exchange contracts.’ I retort. ‘Until then they are just another wastrel, who’ll probably go back on their word.’ Maybe I’ve been selling homes for too long. Bad surveys, bad solicitors and bad karma have sucked the optimism from me.

‘I mean look at this meathead.’ I hiss, as a tubby lad with a wife-beater vest struts by, clutching one of those ridiculous e-cigarettes.
‘You don’t mind looking at his girlfriend.’ Responds my wife, tartly. Busted. But in truth just as much as I was checking out her toned bikini-body, I was actually thinking, no I won’t be talking to you on holiday, because your partner is punching above his considerable weight and you, girl, have made some bad boyfriend and tattoo choices.

‘Why do pretty girls ruin their bodies with awful inking?’ I ask as the pair walk by.
‘So you were looking at her.’ Retorts my wife.
‘Purely in an observational fashion.’
‘What other kind of looking is there?’
She doesn’t need to know.

‘Now that’s a outfit only an Italian can get away with.’ I say later, as we escape the heat of the pool and check out the local town. I’ve been drawn, like a moth to a flame, to look at the local real estate office, much to my wife’s chagrin. A stylish-looking man has just sauntered out of the office in question. The olive-skinned bastard looked effortlessly cool, in a linen ensemble, that on a sweaty-Saturday in the UK, would resemble a rumpled dish-cloth after four fruitless viewings with time-wasters from Tewksbury, who will, only put their house on the market once they find something. ‘Ours will sell really easily, you see.’ No. I don’t.

‘Have you seen the piss-poor photos these Italians take, and where are the EPC ratings?’ I ask as I look in the dull window display with far less flamboyance than the just-departed agent.
‘You are ready to go home, aren’t you?’ Asks my wife.