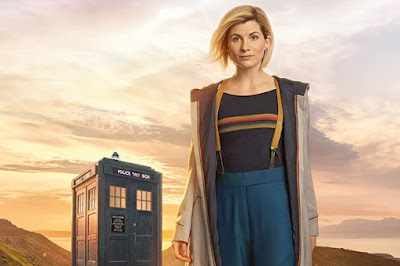 Startled, I look up from my desktop screen. The early-thirties, almost pretty, lady in a pink-tabard looks back at me with a cautious smile. It’s one of the contract cleaners. I probably know her name as she’s a vaguely familiar face, in a seemingly endless round of eastern European women who have access to the office, since my bean-counter boss fired the reliable old lady who used to clean and took on some cut-rate cowboys.

‘What time is it?’ I say, without thinking. It’s on the clock on my wall, my silenced phone on the desk and my computer screen, so I’m guessing Lena, or perhaps Sofia, or for an outside bet, Zuzanna thinks I’m a bit of an idiot.

The cleaner smiles and points at my wall clock. Maybe her English doesn’t stretch to quarter-past seven, or maybe she’s on a different time zone at home. Either way I’m late for supper and in a whole heap of trouble.

‘I’m sorry.’ I say with a sheepish grin. ‘Busy day, lots of paperwork.’ I point at my screen, which is where most of the paperwork resides these days, while Sofia, I’m pretty sure it’s Sofia, looks in my almost empty bin and turns her head sideways.
‘Virtual paperwork.’ I say by way of explanation, but now he’s just looking worried. She thinks I’m a weirdo.

‘Maybe start in the main office, first.’ I say pointing to the darkened expanse outside my window, all the desks clear apart from trainee F’s workspace. I’ll genuinely throttle him, if he keeps forgetting to clear his desk before leaving. People look through our office window 24/7 and they want to see attractive, affordable housing. They obviously won’t see much of that, but I’d rather they didn’t see a pile of files, a stained tea mug and a half-eaten sandwich from Subway.

‘Damn it.’ I say to the ceiling tiles, as I look at my phone to see three missed calls from my wife and an urgently-winking WhatsApp logo. Seems she’s eaten her supper and what’s left for me, will be in a choice of the oven, the fridge, or the swing-bin.

I’d been so engrossed in the latest profit and loss account that time had just slipped away and now like some poor man’s Doctor Who, I’d rather like to travel back a bit and start again - obviously I’d not regenerate as a woman, that would just be odd….

Rather than risk a full-blown argument by actually ringing home, I send an apologetic message via the family group, then realise, too late, that both my sons will also realise I’m an uncaring office slave, who doesn’t think enough about his wife. Then the phone rings.

Like some hopeless junkie, I try to resist the pull, not least because it might actually be my wife. But anyone in sales will tell you, a ringing phone is like a raging itch. You just have to scratch it.
Corporate greeting parroted, relief that it was a time-waster not my wife, is fleeting. I give the enquirer the information they want, then start to gather my things.

‘Always busy, no?’ Says the cleaner, looking up from emptying F’s bin, as I move into the main office.
Not always productively, I think, before answering in the affirmative. Out of the corner of my eye, I’ve noticed fat finance man M’s office light is still on. He’s nowhere to be seen, but as I go to switch off the fuel-during bulb, I have a vague recollection of the obese oaf waddling awards the gents’ toilets earlier, magazine under his arm.

‘Last man doing business today?’ Asks the woman, a waft of cheap perfume and stale sweat accompanying her question. I look towards the toilets at the back of the office. Possibly not. If M is still in there, straining to unload a week’s worth of compacted takeaways, she’s in for an unpleasant surprise.

I decide to risk it and head for the exit, with a cheery goodbye.

Seems I’m not the only one with a shitty job.

Much obliged to You for sharing this awesome blog. Additionally you check the best.

Feeling nice to read quality and informative content. I loved it.