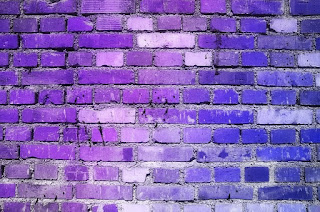 ‘I’ve booked you a valuation this afternoon.’ Announces negotiator S, with that devastating smile. If the estate agency career ever goes pear-shaped she could make a passable living doing toothpaste adverts, either that or some sort of pay-as-you-go webcam based business…

‘Details,’ I prompt rubbing my hands with glee, like some latter-day Ebenezer Scrooge. ‘Details.’
‘All on the market appraisal form.’ Answers S a little smugly. She’s been well trained and will have all the information I need to get a competitive advantage. You might not need any qualifications to be an estate agent, but I’ve spent years learning my craft - and have the qualifications too.

‘Who am I up against?’ I quiz. Knowing that knowledge is power.
‘That’s just the thing answers S hesitantly. ‘Two of the usual suspects. Cheap fee Charlie and the corporate over-valuers.’
‘And?’ I ask, sensing there is one.
‘And one of those ridiculous, fee up-front, on-line outfits.’

Assistant manager T groans and says. ‘Rather you than me boss. They’ll be cheapskates who can’t see past the pound signs.’

T has a point. The on-line operators - most in the industry baulk at calling them estate agents as they don’t have a high street presence and little local knowledge - hence the call-centre tag, tend to attract the industry-naive sellers. They get the money up-front, unlike the traditional model where you only pay for a successful sale and completion, then have no incentive to continue promoting the home, or negotiating hard through the protracted sales’ process.

‘I don’t know why people fall for it.’ Says S. ‘The people they send out have no idea of the local market, tend to get the price horribly high, then disappear like mist on a May morning.’
‘Well it’s con isn’t it.’ States T, semi-rhetorically. ‘Mug them at the start for the money, tie them in to some slapdash battery-farm solicitors firm operating from a barn in Wales, then rely on the small print when they start to complain.’

T isn’t entirely wrong. The backlash against the several high-profile operators who advertise on television, funded by vast amounts of, less than savvy, investors’ start-up money, has begun. And if the market hardens, the directors who have, allegedly, been heavily offloading shares, will need those Spanish holiday homes to run to.

My clients don’t pay me, unless I negotiate a successful sale at a price they are happy with. It may be several thousand pounds, but it’s a results-based fee. If I screw up, if they, or their buyers change their mind. If one of dozens of reasons that can scupper a sale comes about - why one-in-three deals fail - they pay nothing. Nada. Not a sausage.

‘Ah but the internet agent is £1500 cheaper than you.’ Says the potential vendor when I’m sitting in their pokey one-bed flat, later.
‘And they said our place was worth £15,000 more,’ chips in his girlfriend.
Like an incompetent Victorian canal-digger, I’m shoving water uphill again.

‘Where was the man from?’ I ask.
The couple look a bit sheepish.
‘Erm, a couple of hours drive. away.’ Admits the girl, finally.
‘So not exactly a local property expert.’ I tell them, unnecessarily.
‘But he’s cheap.’ Persists her boyfriend.
Not if he doesn’t sell it and you’ve paid £850 you’ll never get back, I want to scream.

Successive government and a revolving door’s worth of UK Ministers have failed to get to grips with the housing crisis, but even those flawed policies look like a genius’s insight compared to the lack of understanding of the estate agent’s role and the need to ensure some level of minimum competence and perhaps some exams and licensing. I’ll be long gone before that is resolved.

‘We hear what you are saying.’ Says the boyfriend, as he shows me to the door. You don’t.
‘It’s just we’re saving so much money with the on-line lot.’ You’re not.
‘Can we call you if it doesn’t work out?’ Asks the girlfriend. No need. I’ll be contacting you much more regularly than the call-centre will.

Grab the 'Agents Diary' e-books, they're good value, not cheap....

Links on the right, property people.

But it's not £850 up front is it?
It is £995 for no sale no fee.
Or as little as £150 upfront to get it on Rightmove, Primelocation and Zoopla.
I used an online agent and was listed on the above sites on a free introductory offer.
So you are either making it up or unprofessionally out of touch with what will be your main competition.
That said, although I successfully sold online, for free, I would have happily paid 2% not to have had the hassle. And I am very experienced in taking viewings on my rental properties, accurate pricing, dealing with customers and the conveyancing process.
Any monkey can make the sale, it is progressing the sale where an estate agent earns their money.

I am shocked there is gambling going on in this casino.

What a load of cobblers. It's very easy to use sites like NetHousePrices to find out how much houses are actually selling for in your neighborhood and come up with your own sensible valuation. I paid a one off fee of £400 to an online agent in order to get my previous home listed on Rightmove (using my own photos and floor plan). More expensive 'No sell, no fee' options were also available. Overall I got a great price for the property and saved a fortune in estate agent commission. For anyone willing to put in a bit of effort and research, online agents are a great option.