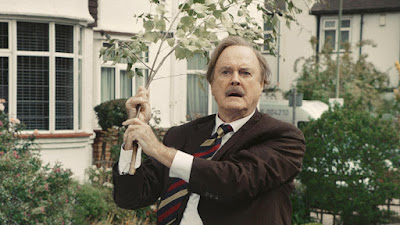 ‘We were hoping for  bit more than that.’ Says the elderly lady, and her crinkly husband nods in agreement. Either that, or he’s fallen asleep.

I’m sat in another dusty, overheated lounge, shelves stuffed with a lifetime’s mementoes. It’s mostly gift shop tat and doubtless will go in a skip when the beneficiaries get to clear out the couple’s last resting place.

‘Well you did say you wanted a realistic valuation, Mrs Glover.’ I counter gently. ‘And the developer will be needing the same.’
‘That’s true dear.’ Mumbles the man. Reassuringly he’s still alive. Probate can really hold up a sale.

‘It’s just….’ Begins the old lady falteringly.
‘Go on.’ I urge.
‘It’s just that the other two agents said much more than you.’
‘They were barely out of short trousers mind.’ Says her husband. ‘Didn’t like the cut of their jib.’

This is a familiar problem. Ever since I entered the industry I’ve been plagued by over-valuers. Agents who mislead potential clients to get their property on their books - often on a long sole agency - then batter the hapless vendors down to a sensible price once competitors, who were honest and accurate with suggested pricing, are locked out.

‘Well, did they show you comparable properties to yours that have actually sold?’ I ask.
‘Not really.’ Admits the wife.
‘Told you they were charlatans.’ Croaks the old fella. I’m really warming to him. Just hope he lasts the protracted sales’ process.

‘Yes but it’s thirty thousand pounds.’ Continues the wife doggedly.
Not if you’re never going to get it, I want to shout.
‘And the flat we want is ever so pricey, we need every penny we can get.’ Says the old lady, not unnaturally.
‘Thought we were downsizing,’ confides the husband. ‘But we’re going to end up hardly banking anything once we’ve bought the sheltered flat.’

It’s a pet hate of mine. One that grows with every passing year as I move towards the same dilemma this pair are facing. The largely illusionary safety of an old persons’ home, with built-in security and the comfort of a pull-cord to tug when you collapse on the bathroom floor. In reality any shitester can con a resident to buzz them in to the building and the emergency call goes through to a dis-interested call-centre worker somewhere at the cheaper end of the Commonwealth.

‘What do you think we should do?’ Presses the husband. Damn it, and I really like this couple. I could tell them it would be cheaper to stay put, get a gardener and some home help. Avoid paying , way over what I consider sensible for a one bedroom retirement flat. A flat with punitive service charges, an onerous lease full of pitfalls and unfair charges for the beneficiaries when they come to try and sell, and one that will be worth less than their parents paid for it.

I could open a tourist shop with the amount of fudge I’ve dispensed over the years. We agree to market the home at £20,000 more than I’d like, but £10,000 less than the smoke-blowers have suggested. It’s a win, of sorts.

‘Got the developers of the retirement flat, the Glovers are hoping to buy, on line one.’ Says negotiator S, an hour after I’ve returned to the office and before I’ve even uploaded the sales’ particulars. I tense. I don’t like this lot, but then I deal with people I wouldn’t share a drink with, daily.
‘Cheers. Put them through.’

‘How much could you sell it for, in six weeks?’ Presses the lady sales consultant.
I offer her a gift-wrapped, metaphorical, 200gms of salted caramel product.
‘We need absolutes.’ She says curtly.
You don’t get those in property, lady.
‘If we take their house in part-exchange we want it sold quickly.’

I bet you do. And you’ll offer them 85% of it’s actual value - my original price not the over-inflated figure - and expect them to pay, what is about 150% of the true price, for your shrunken square-footage box.

Have a feeling I’ll be needing that gardener’s phone number.