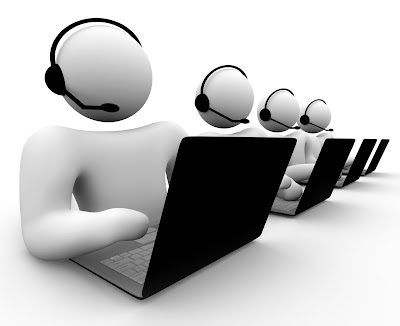 ‘Oh give me strength.’ Says negotiator S, as she replaces the phone receiver and puts head in hands.
It’s a familiar pose. When you deal with people and property, stress and disappointment is a permanent companion. It’s a wonder everyone’s cranium isn’t constantly cupped.

‘Vendor or buyer?’ I enquire, knowing either party is equally likely to disrupt a sale and just a likely to pull the plug on a deal with impunity - bar the lawyer’s bill.

‘Down the Hall’s chain.’ Replies S, referring to one of our owners whose sale has been moving at a geriatric mollusc’s pace. ‘Some numpties are using an on-line agent.’ Continues S, with a shake of her head.
‘Bit of a misnomer.’ Interjects assistant manager T. S raises a quizzical eyebrow and, distractingly, one breast.
‘Well,’ clarifies T. ‘A call centre with an automated switchboard and a cheap for sale board, isn’t a real agent, is it?’ He states semi-rhetorically.

He’s right. People have been predicting the death of the traditional, high street estate agent for the last twenty years. Ever since some spotty oik, with an algorithm and no sex life, thought writing a programme in his bedroom, would replace real people, with real knowledge and a wealth of experience.

I’m not one to blow my own trumpet - not least because I’ve heard it’s anatomically impossible - but I’ve lost count of the number of sales, I’ve saved over the years. Where the easy part is agreeing the transaction and the hard bit is progressing the deal to successful completion.

‘Some idiot thinks they are saving money by using a cheap outfit,’ continues S angrily. ‘And they are trying to do all the sales progressing themselves.’
‘Not good.’ Says T, unnecessarily.
‘And now they have pissed off everyone in the chain, the solicitors refuse to talk to them and the first time buyer at the bottom is threatening to pull out if they can’t complete before their planned wedding date.’

‘Even I know it’s a false economy.’ Says trainee F, as he opens a packet of own brand, basics biscuits, from the local supermarket. I haven't got time to point out the irony. They can train dogs to fly planes now, but flogging dead horses won’t keep me stable…

‘Someone needs to talk to them and explain you get what you pay for.’ Suggest T, walking over and helping himself to one of F’s biscuits. More irony than what’s left of the British steel industry, in my office.
‘I know,’ agrees S. ‘And remind them you only pay a proper agent a fee, when they get the deal done.’

‘Work your way down the chain and speak to as many people as you can.’ I counsel.
S looks at me with a hint of distain, before saying.
‘I know, I’m doing that.’ She’s good, I sometimes forget how good with the other distractions.
‘The point is, I shouldn’t have to.’ Continues S. ‘If the industry wasn’t full of shysters and charlatans who can set up and start trading without so much as an IQ test.’

No sale no fee, is a double-edged sword for the estate agent. It encourages reluctant sellers to come to the market with no cost - other than the widely ignored Energy Performance Certificate - yet it means owners can change their minds with no real financial penalty. We, on the other hand, can work for months on a sale only to have several thousand pounds worth of commission disappear with a phone call. It does mean we work damned hard to keep sales together though.

‘How you getting on?’ I ask S, when I return from an abortive viewing. If I had ten pounds for every time I’ve stood on a doorstep, like a poor man’s prostitute, waiting for punters who end up screwing me over, I’d be….well…. I’d be better off than I am now. And not feeling so soiled.

‘I’ve managed to track down the fiancee at the bottom of the chain.’ Answers S. If this career fails, she’d make a great private investigator.
‘And we’ve got a bit of leeway, she’s happy if we can exchange before the wedding and we leave completion until they return from the honeymoon.’

Try negotiating that with an answerphone.