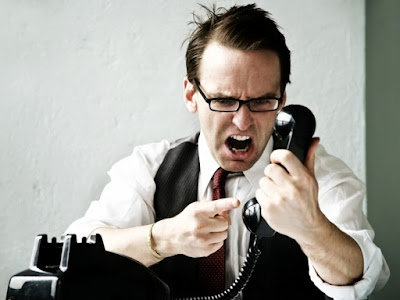 I’ve not even shut the office door and it starts.

‘The bloke from number ten rang while you were out, thinks we’ve sold his house too quickly.’ Says assistant manager T, with a slump of his shoulders.

I’m guessing it’s not the Prime Minister. Two reasons: firstly the PM doesn’t own their place of residence, technically they’re just a pimped-up council house tenant. Secondly, no government in recent memory has had the hint of a joined-up housing approach, so property and any type of policy are not exactly bedfellows - unless it’s a cardboard box in a shop doorway.

‘He’s an idiot.’ Pronounces negotiator S as trainee F walks in from the kitchen. F hesitates and looks a little hurt.
‘She’s talking about the vendor of number ten.’ Enlightens T. ‘They think we’ve sold their house too quickly, too cheaply and will doubtless want a cut to the commission.’
‘Or withdraw from the sale and put the price up.’ Adds S.

It’s not a new dilemma. There’s a sweet-spot for selling a property new to the market. Just enough viewings to convince the owner we’ve done our job exposing the home to the market, a few who turn their nose up at the decor, location and price, then a buyer who tries a chip on the asking price, which we negotiate up to an acceptable figure. Job done.

But of course it’s not. As any agent, or seasoned house mover will tell you, the hard work often starts after terms are agreed. The delays, the quibbling, the inept surveyors, solicitors, lenders and a fragile connection of fickle buyers and sellers all roped together in a transaction chain that can founder at any given moment in the next eight weeks - or more. That’s when we earn out money. No sale no fee.

‘What did you manage to agree with him?’ I ask T apprehensively. He’s the assistant manger, well versed in these type of problems, plus I’ve coached him more productively and diligently than the procession of charlatans in trouser suits, with tick-box computer programmes and digital post-it note sessions, they’ve had in the training department recently.

‘Told him you’d ring him back when you got in.’ Says T, without a hint of shame.
Perhaps, I’m not as good as I think? Maybe a powder-blue flared set of strides - with room for a big arse - and a matching colour, bias-cut jacket, with just a hint of retro eighties-style shoulder pads…..

‘What?’ Asks T as I scowl at him. Surely he could have dealt with the problem when it was fresh? Convince the owner the job isn’t even half done, that we now need to nurse the transaction to a successful conclusion. Maybe, list the number of people who’d had details of his home, the comparable sales of other homes like his, in the area. The fact that we’d obtained a price he said he’d be happy with only a week ago. The even more pertinent fact that he is now in a position to secure the home he’s hoping to move to.

If you want something doing, do it yourself. It’s a phrase I lived with for years, until my mental and physical health started to take a hit, trying to do everything in the office single-handedly. Not trusting colleagues to do the job to my standards. As the body ages and the spirit weakens I’ve learned to relinquish control. T doesn’t seem to have noticed.

‘Just thought you’d prefer to explain.’ Says T petulantly, after I’ve suggested he could have dealt with the thorny problem. Not any more, I think sourly, as I steel myself for the difficult conversation. Repetition might work for classical musicians, but I just cramp up now.

No doubt the owner will cite the thousands of pounds of commission he now owes us, without a thought as to how much more work needs to be done before he finally opens that door with his new set of keys, and decides where first to shag his partner - I’d advise against the stairs until the carpets are down….

Never the less, someone is going to get f***ed.

Don't get screwed over in the property market, download the e-books - links on the right - and you'll be laughing...