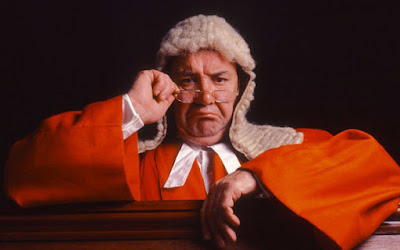 ‘We’ve got a complaint.’ Announces assistant manger T before I’ve even closed the office door. I often wonder what the assistant bit is supposed to signify, if he isn’t going to help me.

‘Is it justified?’ I ask, shrugging off my jacket and resisting the urge to head for the sanctuary of my office and shut the door. To be honest the blinds don’t completely meet and they’ve never let me forget that time they spotted I’d nodded off over a slimline sandwich and a cup-of-soup.

‘Are they usually?’ Fires back T with a shrug.
He has a point. People are a lot quicker to complain than they used to be and most of the time, if we’ve done our job properly, it’s a frustration with the buying and selling process rather that a wilful attempt to mislead - or worse.

‘It’s the unsuccessful bidders on Orchard Road.’ Says T wearily. ‘They think they should have got it rather than the other buyers.’
‘They should have offered more then.’ Says negotiator S, joining the conversation. She has been dealing with the successful purchasers and whilst we strive not to show bias or favour, invariably one buyer will be in a better position that another, whether if be financial position, strength of any associated sale and chain they are involved in, or a combination thereof.

‘They think we’ve discriminated against them.’ Says T flatly.
‘Not in a racial way?’ I say urgently. It’s illegal to favour one buyer over another on race, sexual orientation, disability and….well there must be others…. It’s a shame you don’t have to be qualified to become an estate agent.

‘Nah.’ Replies T dismissively. ‘Unless you count being an obnoxious Yorkshireman as a racial thing.’
It could be. I really don’t need to fall foul of any new legislation I’ve yet to interpret. The sort of well-intentioned, ill thought out law making that brought us the unloved, now defunct, Property Mis-Description Act. A ludicrously lengthy and clunky piece of lawmaking you only knew you’d fallen foul of once the Trading Standards’ pen pusher and the local magistrate, had prosecuted you.

I’m all for tightening up the property industry. I’d gladly see the back of some of the rogue agents who flout rules, cut corners and slash their commission rates below us. But everything has a cost and the powers that be still refuse to enact a minimum entry standard or licensing, for those that sell or let your home.

‘I assume you’ve explained to them it wasn’t our decision as to which buyer to go with, it was the vendors.’ I say to T semi-rhetorically.
‘They just won’t listen.’ Answers T. ‘Wanted to buy it on the cheap, then grizzle when they’ve missed it and now have a dog in the manger attitude by trying to scupper the sale we’ve agreed.’

People - and legislators - still forget we are employed by the sellers to get the best possible price for their property. They pay the bill. Of course, that basic tenet has been undermined over they years by conflicts of interest, particularly if you are arranging the buyers’ finance, or getting a kickback from their conveyancer for an introduction. It’s a murky business.

‘Have they offered any more money?’ I ask T, a migraine building.
‘Not yet.’ Says T with a groan. He knows we must present all offers in writing to the vendors and it can get very messy if a further bidding war develops. Inevitably someone is going to be unhappy.

‘I don’t think they will.’ Says S. ‘They can’t afford it, so it would just be a spoiler bid.’ Part of an agent’s duty of care is to present all offers to our clients, but also to vet the potential purchaser, not just financially but also for money laundering risks and legal status to reside in this country - since the government abdicated responsibility for those tasks…

The next step, if I can’t resolve the complaint amicably, will be the property Ombudsman. The compulsory dispute resolution scheme all selling agents belong to. In reality, most of the problem is down to supply and demand.

Which might, on reflection, be why there’s more than one Ombudsman to choose from….

Still time to nominate your favourite Blog for UK awards......
Just in case, here's the link - http://www.blogawardsuk.co.uk/ukba2016/nominate-a-blog
Posted by secret agent at 7:31 AM

Having complaints is never fun, learning to tackle and handle them professionally comes with time but it never gets easier. Equally complaining about others is not in many peoples human natures and can be equally frustrating - but we must complain to learn and be complained about to learn!